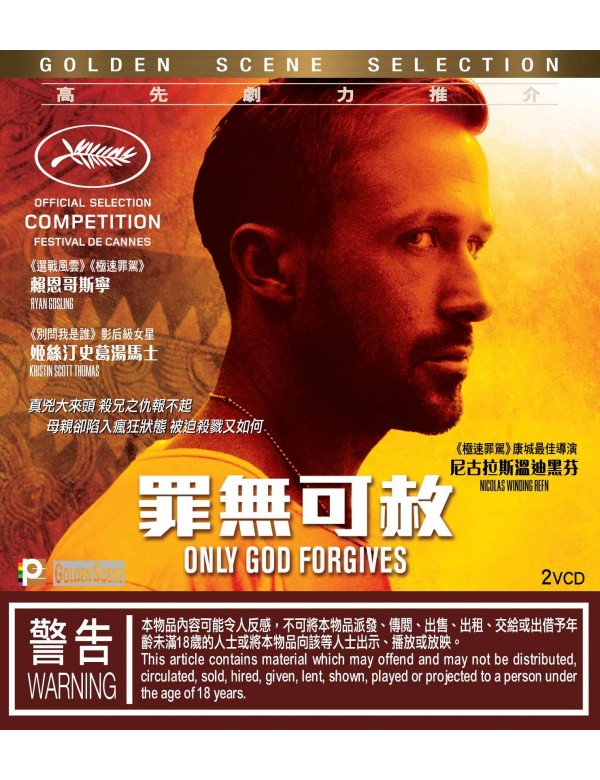 HKD$19.00
Only God Forgives
Director
Nicolas Winding Refn    (Drive)
Cast
Ryan Gosling            (The Ides of March)
Kristin Scott Thomas     (The English Patient)
Synopsis
Julian, an American fugitive from justice, runs a boxing club in Bangkok as a front for his drug business. His mother, the head of a vast criminal organization, arrives from the US to collect the body of her favorite son, Billy. Julian's brother has just been killed after having savagely murdered a young prostitute. Crazy with rage and thirsty for vengeance she demands the heads of the murderers from Julian. But first, Julian must confront Chang, a mysterious retired policeman - and figurehead of a divine justice - who has resolved to scourge the corrupt underworld of brothels and fight clubs.