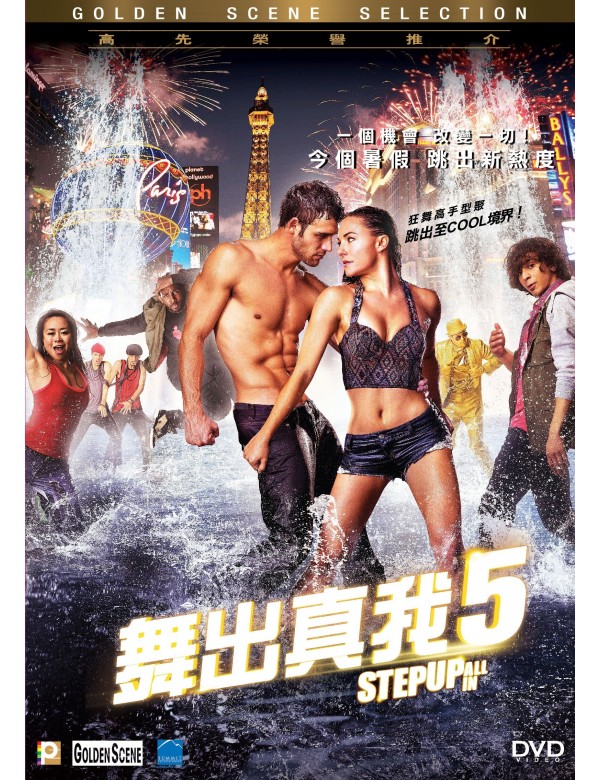 Step Up All In (DVD)

HKD$49.00
HKD$29.00 Save HKD$20.00
Step Up All In
Director
Trish Sie
Cast
Alyson Stoner
Briana Evigan     (Sorority Row)
Ryan Guzman     (The Boy Next Door)
Adam G. Sevani
Synopsis
Sean Asa (Ryan Guzman), his pal Eddy (Misha Gabriel) and their boundary-breaking dance crew, The Mob, were riding high when they came to Los Angeles as the stars of a high-profile ad campaign. A year later, they can’t even get an audition in the ultra-competitive world of professional dance. Most of the group is ready to return to their Miami roots, but Sean is determined to conquer Hollywood, even if he has to do it alone. Sean reconnects with his old pal Moose (Adam Sevani) and soon has his eye on a much bigger prize: “The Vortex,” a reality television series that pits the best dance crews from all over the country against each other.
Sean and Moose quickly assemble LMNTRIX, a dance crew that features some of their most talented colleagues, including the beautiful and headstrong Andie West (Briana Evigan), whose take-no-prisoners approach to dance matches Sean’s own. LMNTRIX puts in a strong performance and qualifies for the final rounds of “The Vortex,” facing stiff competition from top Los Angeles crew The Grim Knights, and Sean’s old friends in The Mob. With all three groups putting everything they’ve got into the winner-take-all fight to the finish on live television, the stage is set for the most innovative and over-the-top performances yet in a series that has become an international box office phenomenon.