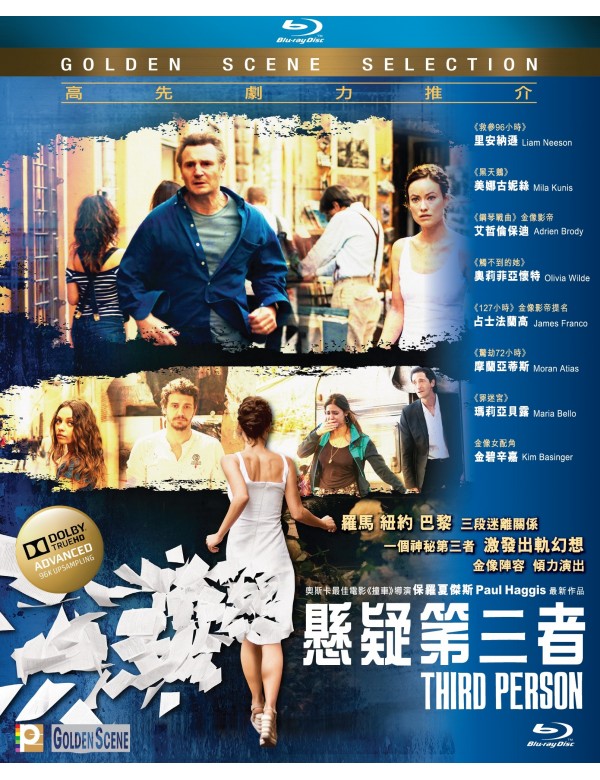 
Synopsis
MICHAEL (Liam Neeson) is a Pulitzer Prize winning author who has holed himself up in a hotel suite in Paris to finish his latest book. He recently left his wife, ELAINE (Kim Basinger), and is having a tempestuous affair with an ambitious young writer, ANNA (Olivia Wilde) who has her own agenda.
At the same time, SCOTT (Adrien Brody), a shady American businessman, is in Italy to steal designs from fashion houses. He meets MONIKA (Moran Atias), a breathtakingly beautiful gypsy, who is about to be reunited with her young daughter. When the money she has saved to pay her daughter's smuggler is stolen, Scott feels compelled to help. They take off together for a dangerous town in Southern Italy, where Scott starts to suspect that he is the patsy in an elaborate con game.
JULIA (Mila Kunis), an ex-soap opera actress, is caught in a custody battle for her 6 year-old son with her ex-husband RICK (James Franco), a famous New York artist. With her support cut off and her legal costs ruinous, Julia is reduced to working as a maid. Julia's lawyer THERESA (Maria Bello) has secured Julia one final chance to change the court's mind and be reunited with the child she loves.