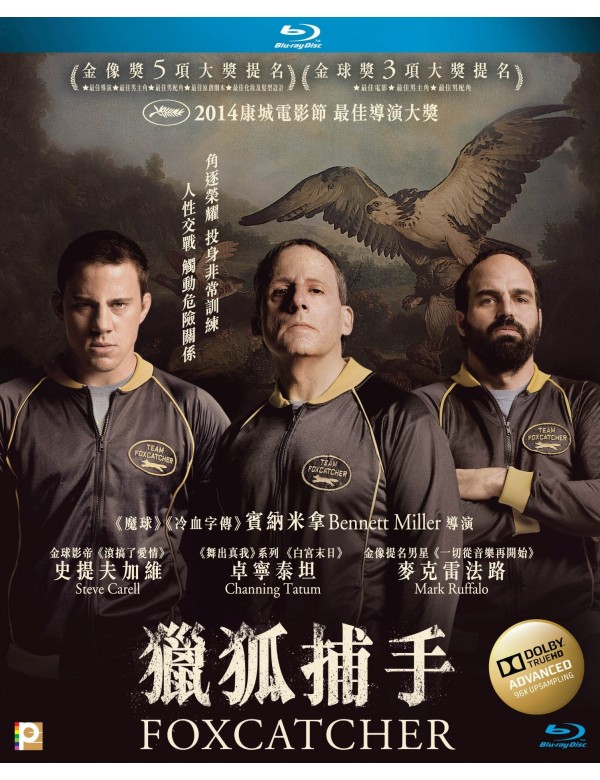 Synopsis
Olympic Gold Medal-winning wrestler Mark Schultz (Channing Tatum) is struggling in obscurity and poverty in Wisconsin when he is invited by wealthy heir John du Pont (Steve Carell) to move on to his lavish estate to form a team and to train for the 1988 Seoul Olympics.  Schultz seizes the opportunity, eager to step out of the shadow of his revered older brother Dave (Mark Ruffalo), a prominent wrestling coach and Gold Medal winner himself.
With his vast financial resources and state-of-the-art training facility at Foxcatcher Farm, du Pont appoints himself head coach of the team, eager to win the respect of his peers and the approval of his condemning mother (Vanessa Redgrave).
The dynamic between Schultz and du Pont deepens as Mark embraces his benefactor as a father figure. But du Pont's mercurial personality and psychological gameplay begins to weigh heavily on Mark's shaky self-esteem, undermining his abilities on the mat. When du Pont's favoritism shifts to brother Dave — who possesses the authority and confidence both he and Mark lack — the trio is propelled towards a tragedy no one could have foreseen.