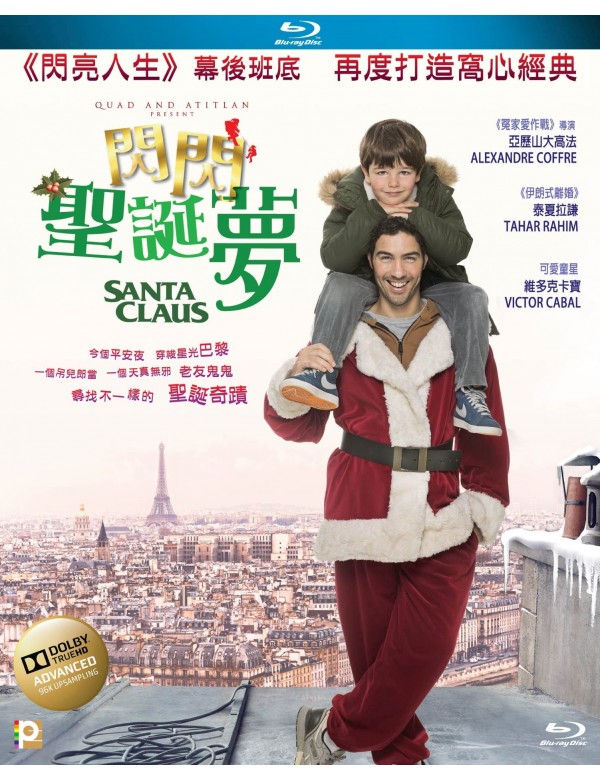 HKD$49.00
Santa Claus
Director
Alexandre Coffre    (Eyjafjallajökull)
Cast
Tahar Rahim     (The Past)
Victor Cabal
Synopsis
From the producers of "The Intouchables)
On Christmas Eve, a six-year-old little boy named Antoine has only one thing in mind: meet Santa Claus and take a sleigh ride with him to the stars. When Santa Claus magically falls on to his balcony, Antoine has no idea this father of Christmas is actually a burglar in disguise! Despite all his effort to get rid of Antoine, Santa is off to a mission to steal jewels and gold in uptown Paris! Santa Claus and Antoine will form an unlikely partner in crime, both in search of their dreams...