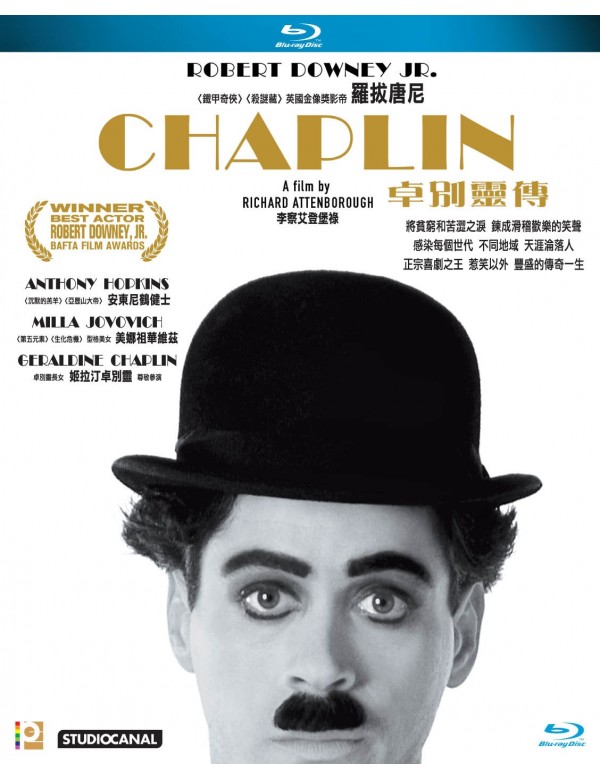 HKD$49.00
Title: Chaplin (Blu-ray)
Director: RICHARD ATTENBOROUGH
Starring: Robert Downey,JR.
Type: ENGLISH
Genre: DRAMA
Year: 1992
Synopsis:
Directed by Sir Ricahrd Attenborough and starring Robert Downey, Jr. and an extraordinary cast, CHAPLIN is a loving, grand scale potrait of the Little Tramp;s amazing life and times. His poverty - stricken childhhod in England comes to life, along with his friendships with Mack Sennett (Dan Aykrod)and Douglas Fairbanks (Kevin Kline), his many wives and scandalous affairs, and his relentless pursuit by J.Edgar Hoover. CHAPLIN is the largeer - than - life story of the actor behind the icon and a stunning depiction of a bygone era when Hollywood was at its most glamorous.