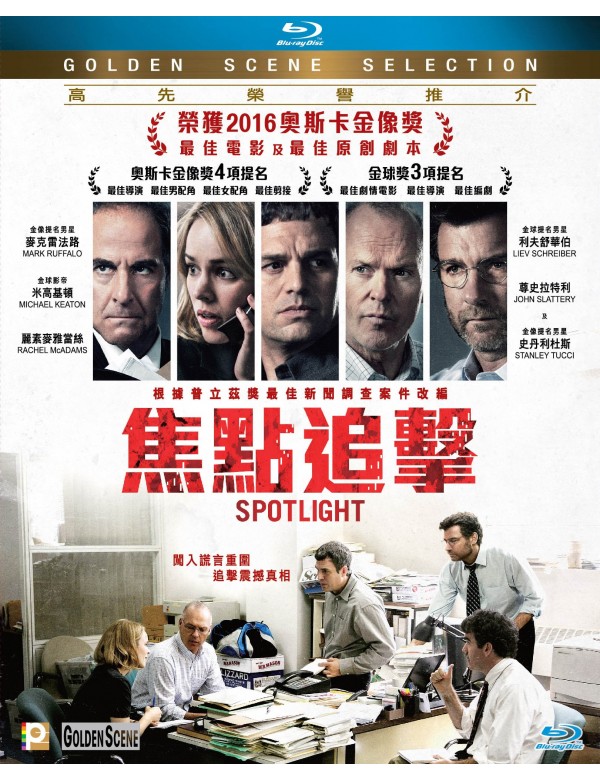 Synopsis
When newly appointed editor Marty Baron (Liev Schreiber) arrives from Miami to take charge of the Globe in the summer of 2001, he immediately directs the Spotlight team to follow up on a column about a local priest accused of having sexually abused dozens of young parishioners over the course of 30 years. Fully aware that taking on the Catholic Church in Boston will have major ramifications, Spotlight editor Walter “Robby” Robinson (Michael Keaton), reporters Sacha Pfeiffer (Rachel McAdams) and Michael Rezendes (Mark Ruffalo), and researcher Matt Carroll begin delving more deeply into the case.
As they confer with victims’ attorney Mitchell Garabedian (Stanley Tucci), interview adults who were molested as children, and pursue the release of sealed court records, it becomes clear that the Church’s systematic protection of predatory priests is far more wide-reaching than any of them ever imagined. Despite staunch resistance from Church officials, including Boston’s Cardinal Law, the Globe publishes its blockbuster exposé in January 2002, leading the way for similar revelations in more than 200 other cities around the world.