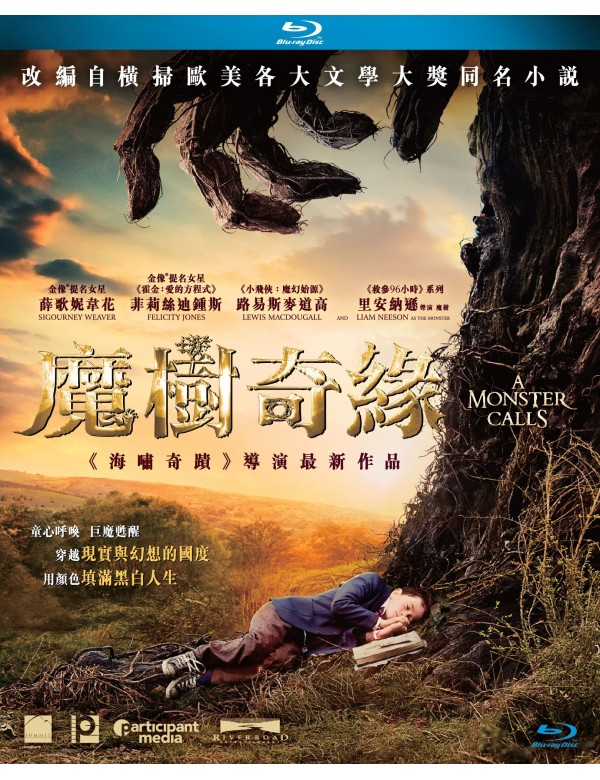 Special Feature
- The Making of A Monster Calls
- Making of the Tales
- Deleted Scenes
- Trailer、Teaser
Synopsis
12-year-old Conor O’Malley (Lewis MacDougall) is about to escape into a fantastical world of monsters and fairy tales. He is dealing with his mother’s (Felicity Jones) illness, which has necessitated Conor’s spending time with his less-than-sympathetic grandmother (Sigourney Weaver). His daily existence at his U.K. school is one of academic disinterest and bullying by classmates. As Conor’s father (Toby Kebbell) has resettled thousands of miles away in the U.S., the boy yearns for guidance.
He unexpectedly summons a most unlikely ally, who bursts forth with terrifying grandeur from an ancient towering yew tree and the powerful earth below it: a 40-foot-high colossus of a creature (portrayed in performance-capture and voiceover by Liam Neeson) who appears at Conor’s bedroom window @12:07 one night – and at that time on nights thereafter. The Monster has stories to tell, and he insists that Conor hear them and powerfully visualize them. Conor’s fear gives way to feistiness and then to looking within; for, The Monster demands that once the tales are told it will be time for Conor to tell his own story in return. Ancient, wild, and relentless, the Monster guides Conor on a journey of courage, faith, and truth.
PANOB1704040