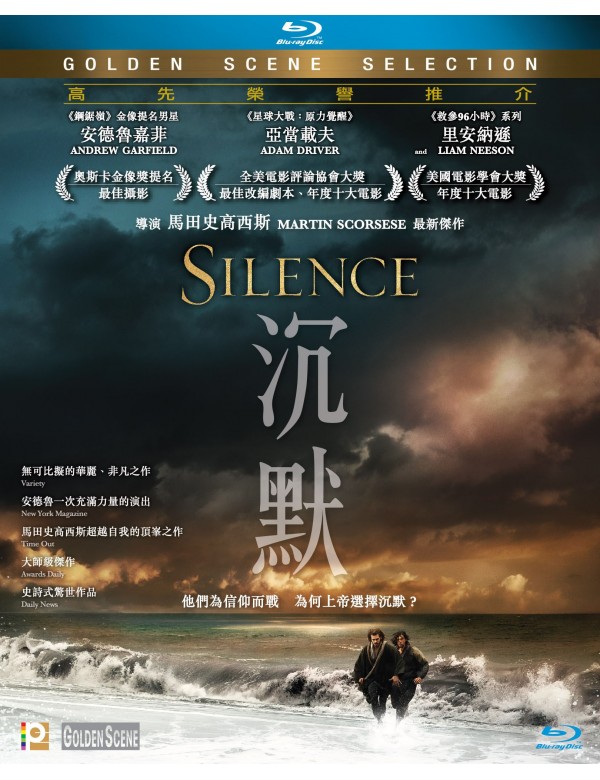 HKD$99.00
Silence
Synopsis
Silence stars Andrew Garfield (The Amazing Spider Man, Hacksaw Ridge), Adam Driver (Star Wars: The Force Awakens, Paterson) and Liam Neeson (Schindler’s List, Taken). The film follows the young missionaries, Father Sebastian Rodrigues (Garfield) and Father Francisco Garupe (Driver) as they search for their missing teacher and mentor and minister to the Christian villagers they encounter who are forced to worship in secret. At that time in Japan, feudal lords and ruling Samurai were determined to eradicate Christianity in their midst; Christians were persecuted and tortured, forced to apostatize, that is, renounce their faith or face a prolonged and agonizing death.