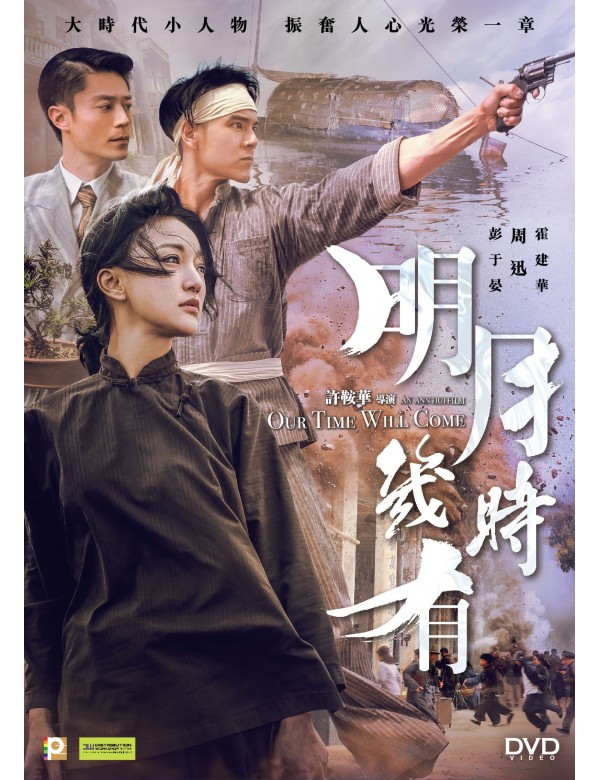 Our Time Will Come (DVD)

Synopsis
1941. Hong Kong is under Japanese occupation.
During the three-year-and-eight-month occupation, the Japanese military pillaged homes and arrested cultural figures living in Hong Kong. The anti-Japanese Dongjiang guerilla unit is tasked with rescuing these cultural figures and extracting them from the besieged city.
Primary school teacher, Fang Lan (Zhou Xun) and her mother (Deanie Ip) are trying to live out this difficult period in a small run-down flat in Wanchai. After the schools are shut down, Lan – who recently broke up with Wing (Wallace Huo Chien-hwa) - unwittingly finds herself embroiled in the guerillas’ mission to save novelist Mao Dun. In the process, she meets Blackie Lau (Eddie Peng), the intrepid sharpshooter captain of the guerillas’ Urban and Firearms unit.
Taking notice of Lan’s calm, intelligent nature, Blackie recruits her to join the guerillas. Lan sets up a secret liaison point for the guerillas in the city, stealthily delivering intelligence and extracting artists from the city under the watchful eyes of the Japanese military. Worried for her daughter’s safety, Lan’s mother volunteers to take Lan’s place as a courier, only to be arrested on the job. To save her mother, Lan is forced to turn to Wing, who now works for the Japanese…