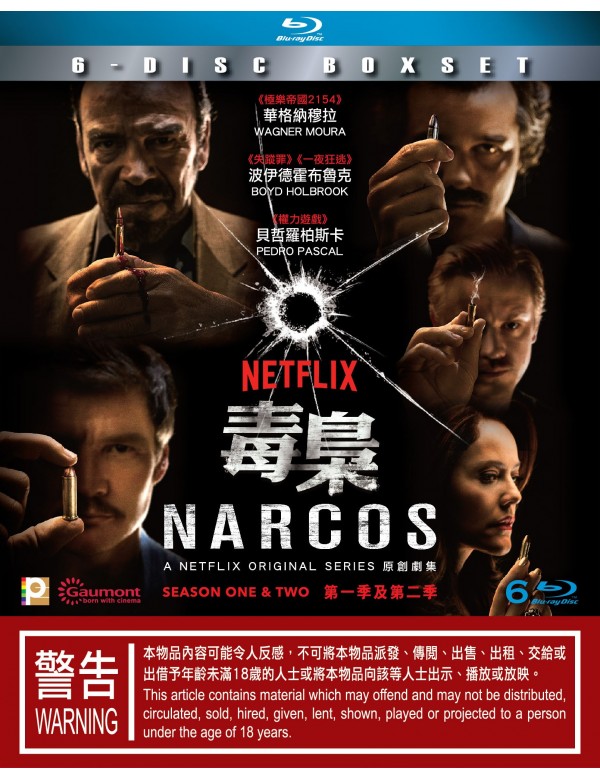 Synopsis (Season One)
From renowned filmmaker José Padilha (Elite Squad, Robocop), comes an inside look at the men who would stop at nothing to take down Pablo Escobar (Wagner Moura). From the Colombian government to the DEA agents, from the policemen who would risk their lives to the US officials who would spin the story, Narcos is an unfiltered look into the war that would change the drug trade forever.

Synopsis (Season Two)
As we fade in on Season Two of NARCOS, the audience finds Pablo Escobar (Wagner Moura), leader of the Medellín Cartel, on foot – trekking through the dark Colombian backwoods fresh off his escape from La Catedral. But while Escobar might seem adrift, he’s anything but – passing soldiers tasked with capturing him, but suddenly frozen, confronted with the man – and paralyzed by fear. Willing to do nothing but watch him stroll further into the distance... a free man.

In this season, there are no heroes and there are no villains; it’s a matter of perception, and on which side you stand. In war, there only exists the compromises that lie between…
PANOB1709011