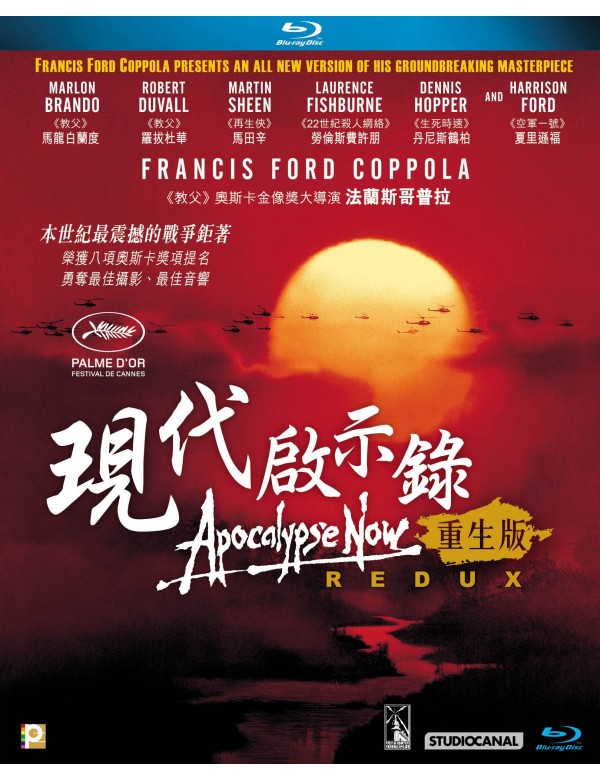 HKD$149.00
HKD$99.00 Save HKD$50.00
Apocalypse Now Redux
Synopsis
A true masterpiece of Francis Ford Coppola. Apocalypse Now explores how the evil and madness of war can creep into a man's heart.
Lieutenant Willard (Sheen) has received orders to hunt down and kill Colonel Kurtz (Brando), who has gone insane and murders hundreds of innocent people and constructs a strange kingdom for himself deep in the jungle, where he is deified by his followers. Willard, on the other hand, has to confront the primal violence of human nature and the darkness of his own heart in the mission.
PANOB1710060