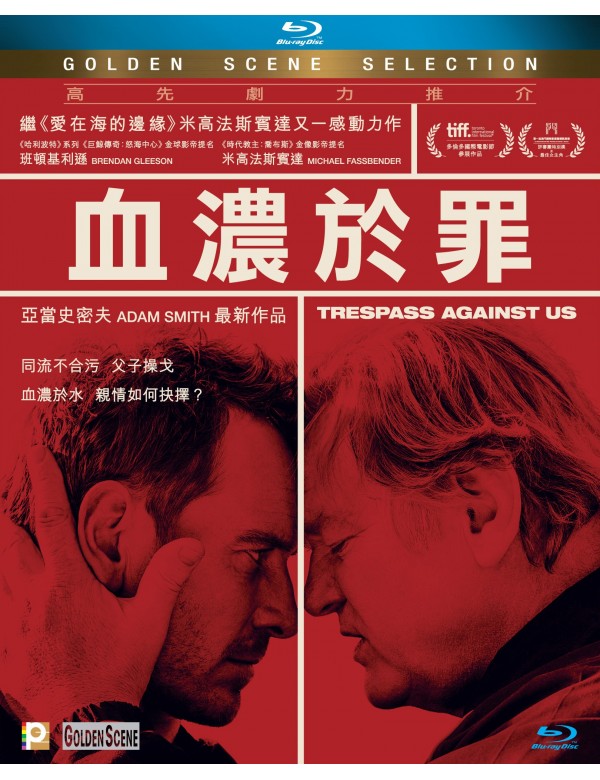 Trespass Against Us (Blu-ray)

HKD$69.00
HKD$49.00 Save HKD$20.00
Trespass Against Us
Synopsis
Three generations of the notorious Cutler family live as outlaws in the green and pleasant Gloucestershire countryside. They spend their time hunting, thieving and tormenting the police in the heart of Britain’s richest neighbourhood.
Chad (Michael Fassbender) finds himself torn between respect for his father, Colby (Brendan Gleeson), and a desire to forge a better life for his wife, Kelly (Lyndsey Marshal) and their children.
When Colby sets up a burglary that targets a stately home teeming with treasures, Chad is faced with a choice that could change his life forever.
Should he follow tradition and do his father’s bidding as his rightful son and heir, or should he break the chain and set out on a new path?
With the law cracking down on the clan, his father tightening his grip on the family, and prejudices among the local populace becoming ever more entrenched, Chad discovers that his destiny may no longer lie in his own hands…