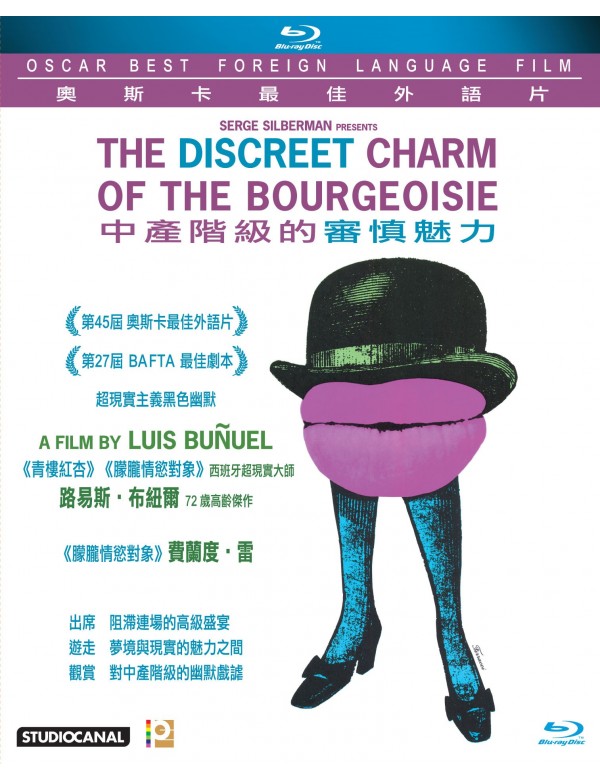 The Discreet Charm of the Bourgeoisie (Blu-ray)

Synopsis
Luis Buñuel's surrealist satire takes on targets as diverse as South American politics, the upper class and religion. Well-to-do couple the Thévenots (Paul Frankeur and Delphine Seyrig), accompany M. Thévenot's colleague Rafael Acosta (Fernando Rey) and Mme. Thévenot's sister Florence (Bulle Ogier), to the house of Henri and Alice Sénéchal (Jean-Pierre Cassel and Stéphane Audran), who are hosting a dinner party. On arrival, however, Alice explains that she expected them the following evening and has no dinner prepared. Inviting Alice to join them for dinner at a local inn, the party quickly leave when they discover that the manager died a few hours earlier and his former employees are holding a vigil over his corpse, awaiting the coroner. So begins a series of increasingly bizarre episodes and surreal dream sequences as the diners, over the course of the following days, find themselves repeatedly frustrated in their attempts at eating out.
PANOB1711140