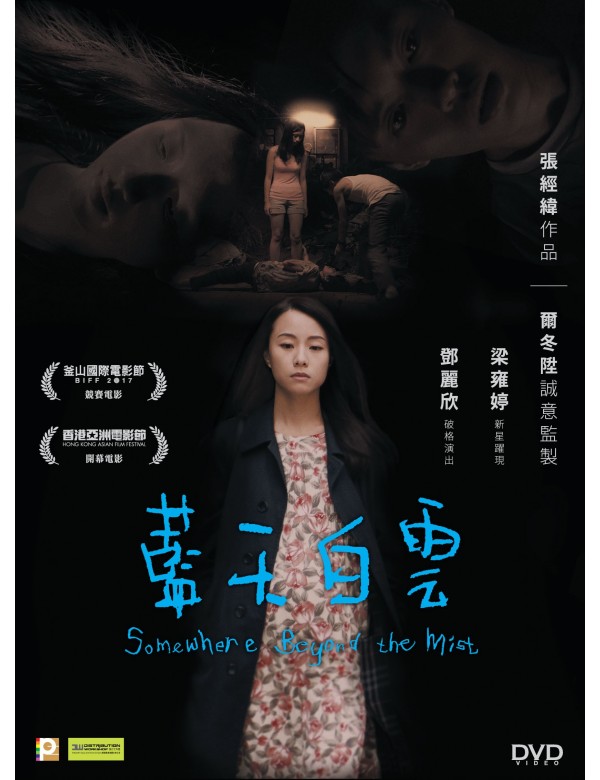 Somewhere Beyond the Mist (DVD)

Synopsis
Inspired by a true crime of parenticide, “Somewhere Beyond the Mist” leads audiences to experience a teenage killer’s world from the perspective of a policewoman, who also has her similar unspoken family secret. Angela, the policewoman, is just pregnant when assigned to investigate this parenticide. Connie, the murderer, is an incurable septal defect patient. She teams up with his gay classmate, Eric, to strangle her blood parents to death.
Sleeping with the corpses in the same bedroom over a week, Connie and Eric dump them in a nearby reservoir one by one. Without fleeing away, she surrenders herself to Angela calmly.
While the headline of the news claims the murderers as coldblooded with no remorse, Angela, by piecing Connie's life together through investigation and resonating her own father-and-daugther relationship, probably is the only person who understands Connie the most in this city.
The film is not explaining why the young couple commit the murder. Actually, it shows that people, even wicked people, are far more naive and simple-hearted than one generally assumes. Also, it projects an atmosphere of darkness with abrupt violence, which echoes with recent Hong Kong.
PANCD1803150