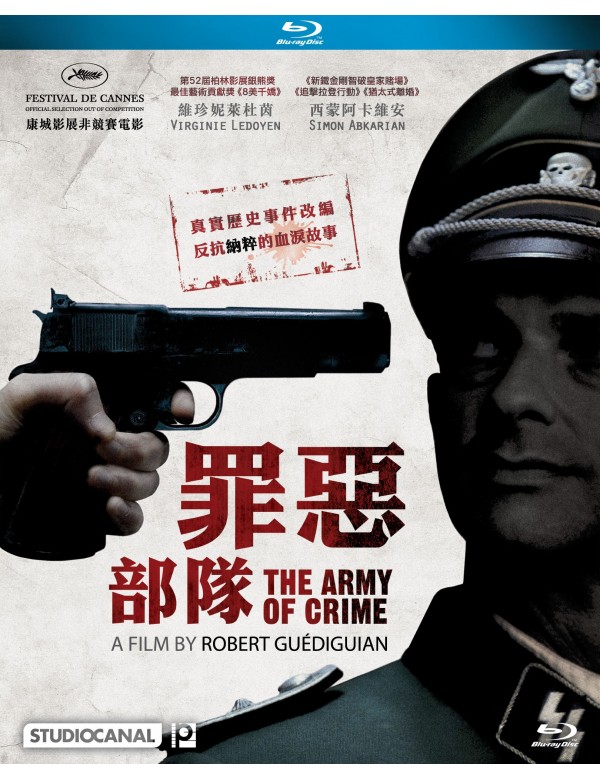 The Army of Crime (Blu-ray)

Synopsis
In German-occupied Paris, poet and factory worker Missak Manouchian leads a group of young Jews, Hungarians, Poles, Romanians, Spaniards, Italians and Armenians determined to fight to free the country they love, France, the cradle of human rights. Undercover, risking their lives, they become heroes. These foreign partisans bomb, attack and harass the Nazis and their collaborators, provoking the wrath of the French police, who assign more men to hunt them down, using double-agents, tip-offs, blackmail and torture... Twenty-two men and one woman are condemned to death in February 1944. In a final propaganda exercise, they are labelled the Army of Crime, with their faces inset against a red background on a poster pasted on the walls of every city in the country.
These immigrants, who died for France, went down in history. This film tells their magnificent and tragic story.
PANOB1801080