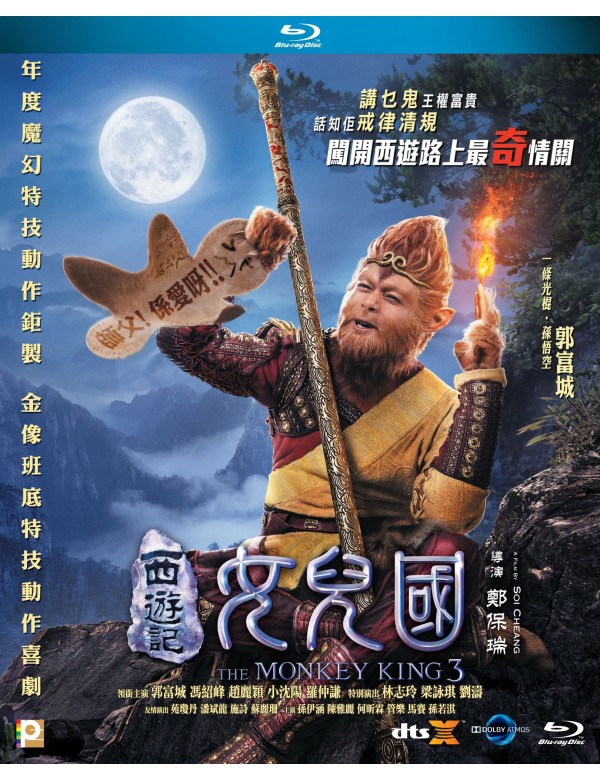 Wukong tries to save the three with his almighty transforming sorcery, when Xuanzang gradually loses his stand to falls in love with the Queen. The trespass of the four outsiders also agitates the God of River Oblivion (by Lin Chi-Ling), who completely breaks the peace of the Womanland. The River God floods the whole nation in a fury and puts it at risk of total destruction. What decision would Xuanzang make between loving an individual or all sentient beings? How could the Monkey King fight to subdue the River God and rescue his master and brothers out of their trouble of love? What could the Queen and the Preceptor do to save their people from this crisis?
PANCB1804170