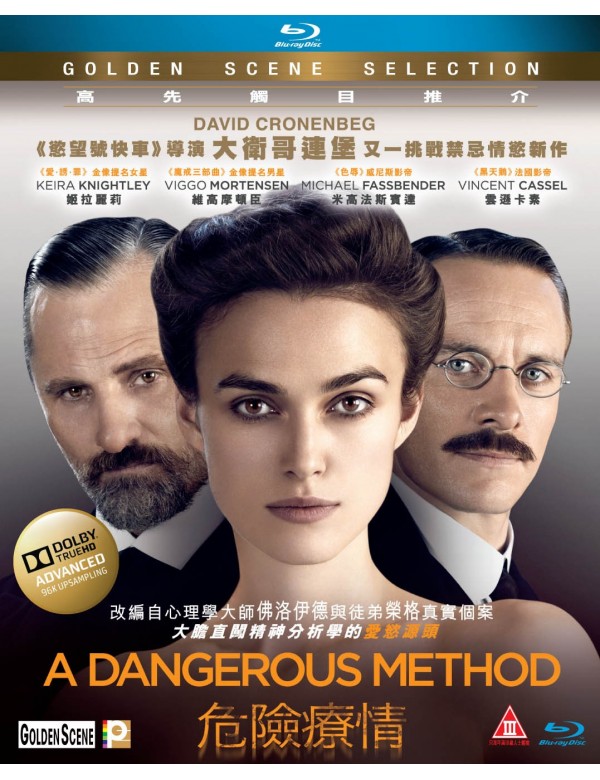 HKD$49.00
Title: A Dangerous Method (Blu-ray)
Director: David Cronenberg
Type: ENGLISH
Genre: DRAMA
Category: III
Year: 2011
Synopsis:
Zurich, 1904. 29-year-old psychiatrist Carl Jung is at the beginning of his career. Inspired by Sigmund Freud's work, Jung tries Freud's experimental treatment known as psychoanalysis, "the talking cure", on 18-year-old Sabina Spielrein, a well-educated Russian has been diagnosed with hysteria. In talks with Jung, she reveals a childhood marred by humiliation and beatings from her father. The psychoanalysis uncovers a disturbing sexual element to her dysfunction, which upholds Freud's theories connecting sexuality and emotional disorders.
Through his correspondence on Sabina's case, Jung forges a friendship with Freud, and their first meeting is a marathon affair.Relationships deepen between Jung and Freud, who sees Jung as his intellectual heir, and between Jung and Sabina, who is brilliant despite her ailment. Her treatment is successful, and Sabina pursues a career as a psychiatrist with Jung's encouragement.
Freud asks Jung to treat a fellow psychiatrist, Otto Gross, whom he describes as a committed immoralist and drug addict. Jung is intrigued by Gross's defiant and clever arguments against monogamy and soon pushes aside his own ethics and gives in to his feelings for Sabina. They enter into a sexual tryst, violating the doctor/patient relationship.
Freud and Jung begin to grow apart due to their clashing ideologies...