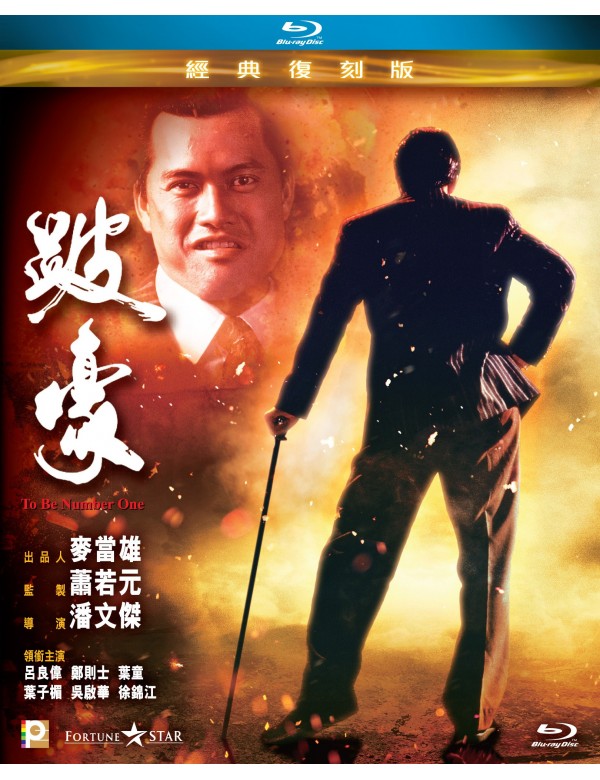 To Be Number One (Blu-ray)

Synopsis
In 1962, Hou escaped from the despotic terrors in the Mainland China and came to Hong Kong, threw himself into the lap of Boss Kun. After a few bloody fights, Hou gained his credit in the gang. Boss Kun felt threatened so he asked Hou to hijack Boss Gong's narcotics shipments on the high seas and tiped Gong off later. Hou got survived after Gong's hunting but is lamed for life. So Hou turned to Kun. He exposed Kun through the newsman he has befriended. Kun was put behind the bars. Hou then became a boss and he planned to wipe out all the other bosses. The tide finally turned to his favor and yet the law caught him. With ICAC was set up in 1973, grafters were panic and started running away. Some old cops were forced to retire early. Because of Hou's hubris, he eventually got betrayed and turned to be a number, working in the prison carpentry while he is still lame.
PANCB1805050