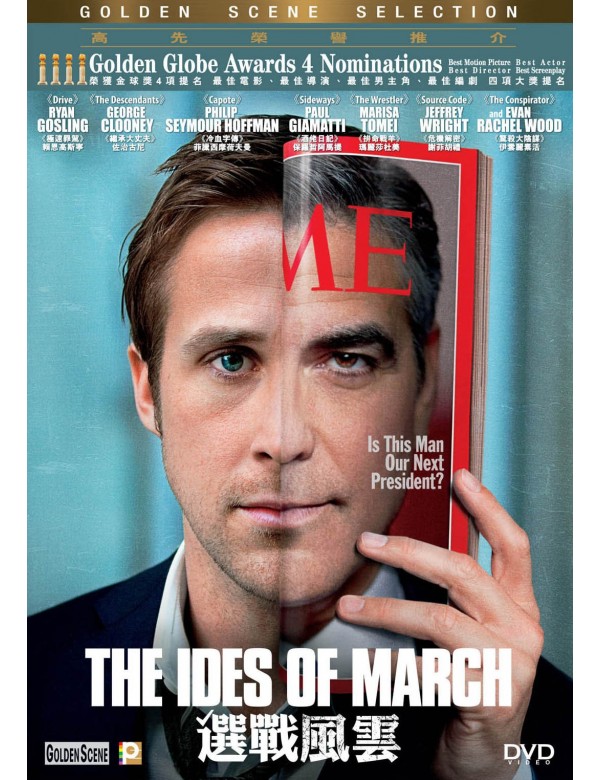 The Ides of March (DVD)


Synopsis
With sharp, quick-witted dialogue and set against the spectacle of modern world power and politics, The Ides of March is an intense tale of sex, ambition, loyalty, betrayal and revenge.
Story takes place during the frantic last days before a heavily contested Ohio presidential primary. An up-and-coming campaign press secretary Stephen (Ryan Gosling), working for Governor of Morris (George Clooney), finds himself involved in a political scandal that threatens to upend his candidate's shot at the presidency. At the same time, Stephen starts a sexaul liaison with an intern (Evan Rachel Wood)working for the campaign.