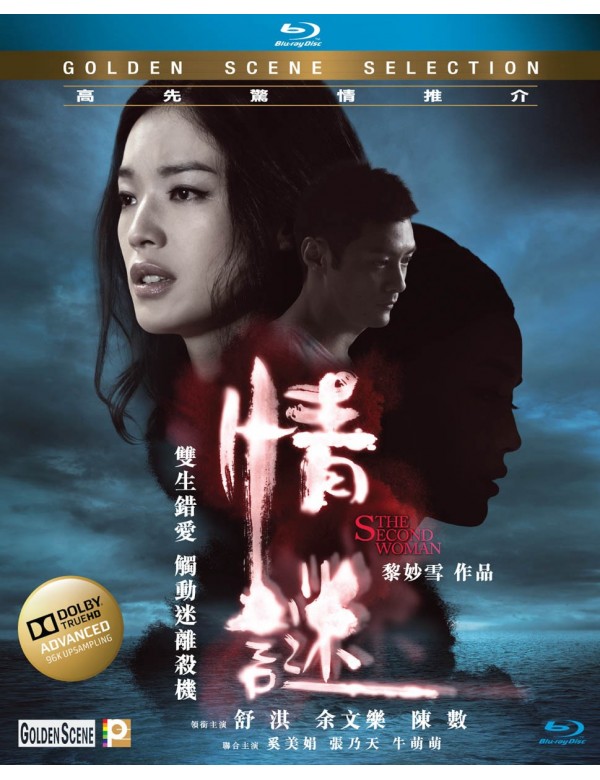 HKD$49.00
Title: The Second Woman (Blu-ray)
Starring: Shu Qi, Shawn Yue
Type: Blu-ray
Genre: DRAMA
Category: IIA
Year: 2012
Synopsis:
Wei Bo (Shu Qi) and Nan (Shawn Yue), a longtime couple, are both stage drama actors. They are now intensely rehearsing for their troupe’s tour of their new play “The Legend of Lady Plum Blossom”. After a lot of hard work, Wei Bo becomes the second leading actress of the play. Unfortunately, she falls severely ill right before the last show of the tour, and worries that her failure to perform would destroy her career. Wei Bo’s performance, however, totally blows everyone away and is highly acclaimed as her best performance ever.
In actuality, Wei Bo’s twin sister, Wei Xiang (Shu Qi) secretly substituted her older sister during the performance and took all the credit. Wei Bo is not only ungrateful for her sister’s help, but she starts to grow envious and suspicious of her. Wei Bo finds that Wei Xiang, who is as beautiful as she is, yet more sweet and talented, is a threat to both her career and her relationship with Nan. Wei Bo also suspects that Nan has been having an affair with Wei Xiang.
Wei Bo meets Wei Xiang by the seashore on a stormy night, desperately wanting to figure out whether her sister is having an affair with her boyfriend. Rowing on a boat like they did when they were young, Wei Bo urges Wei Xiang to tell her the truth. Sudden waves and sound of screams erupt from the middle of the ocean. After that mysterious night, only one of the two sisters returns to shore. As the mystery ensues, neither Nan nor their friends could distinguish whether the one returning is Wei Bo or Wei Xiang. Not even the sisters’ blind mother, whom has an acute sense of smell, could distinguish between the two, as she still feels the presence of both her daughters around her.
As the story progresses, “The Legend of Lady Plum Blossom” is going on re-run, and the truth will be revealed on stage…