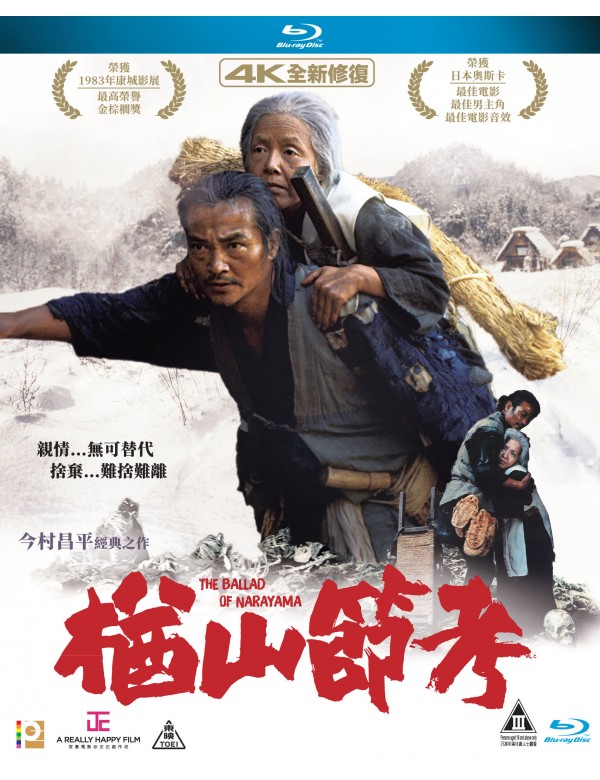 
Synopsis
The story sets on a rural village at the deep valley, where the villagers rely on the ecological balance by exposing all elderly who reach 70 to death on the mountaintop. Orin, an old lady reaching age 69, embraces nature and uses her final year to order her own affairs and those of her family, as well as letting her son to understand the death and meaning of life. Dir. Imamura Shohei tries to raise the question about poverty and it’s connection between human nature, challenges audience’s understanding of civilization in the modern society. The film brings the discussion of life and death and won the Palme d’Or winner at Cannes on 1983.