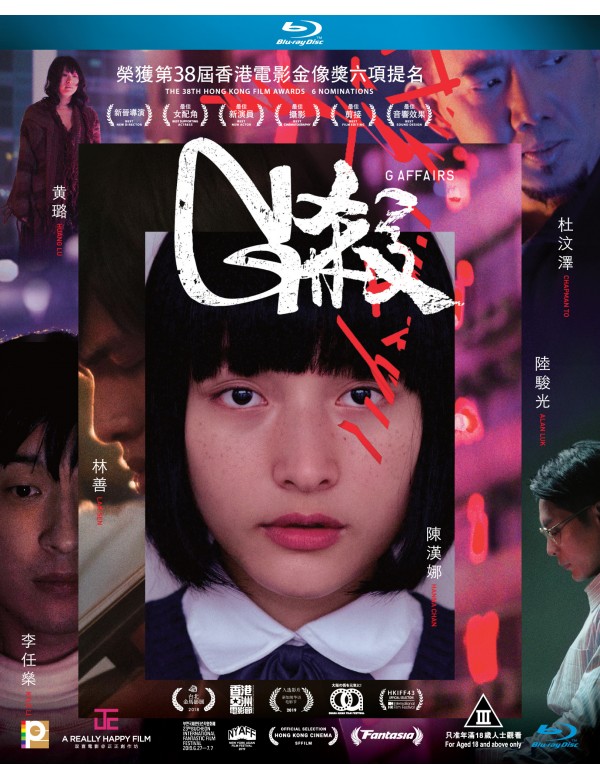 Synopsis
When a human head is discovered, the paths of a female student, a cellist, an autistic teenager, a police officer, a prostitute, a teacher and a dog are found to be serendipitously entwined. Who caused the death? What is the motive? Where is the body? Attempts to answer these questions lead to keywords starting with the letter "G". As the case is peeled back layer by layer, the complexity and desperation of the people living in Hong Kong today are slowly uncovered, and a suspenseful multifarious Hong Kong story is revealed. G AFFAIRS received 6 nominations at the Hong Kong Film Awards.