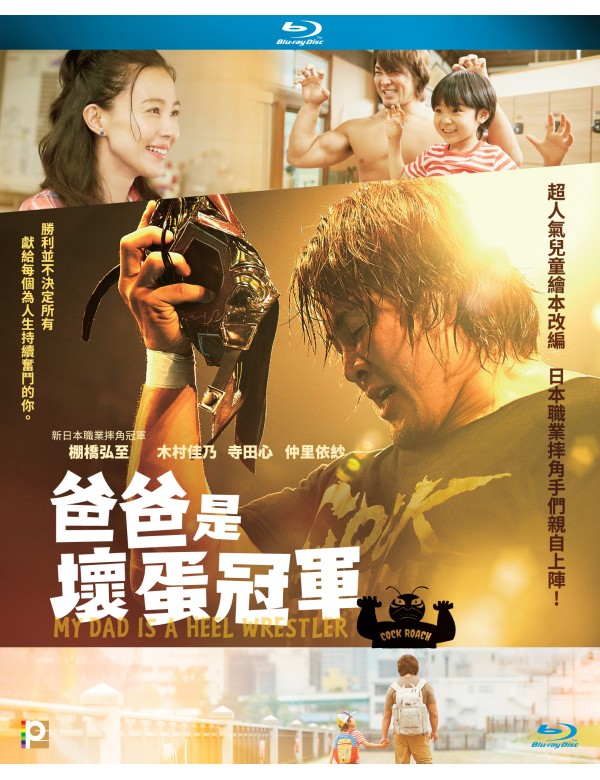 My Dad is a Heel Wrestler (Blu-ray)

Synopsis
Takashi Omura stands in the center of the bright spotlights and receives the applause of the crowd. He was a famous wrestler, both popular and good at his job, but was forced to retire for a long time after a major knee injury. A decade later, still unable to return to his former strength, Takashi becomes a heel, or bad guy wrestler. Instead of applause, he now spends his days being booed by the crowd. His wife Shiori still supports him, but he still hasn’t told his 9-year-old son Shota. But one day, Shota finds out what he does for a living, and says, “If you’re a bad guy, dad, I hate you!” But then Takashi gets a chance to regain his honor. Dragon, a famous young wrestler who once admired Takashi, challenges him to a title match. Takashi fights an impossible battle for his pride, and for the family he loves. What dangerous technique will he use when he risks it all? And will he be able to win back his bond with his son? The story of a man who climbs up from the very bottom and never stops fighting will warm your heart, and give you the strength to live for tomorrow.