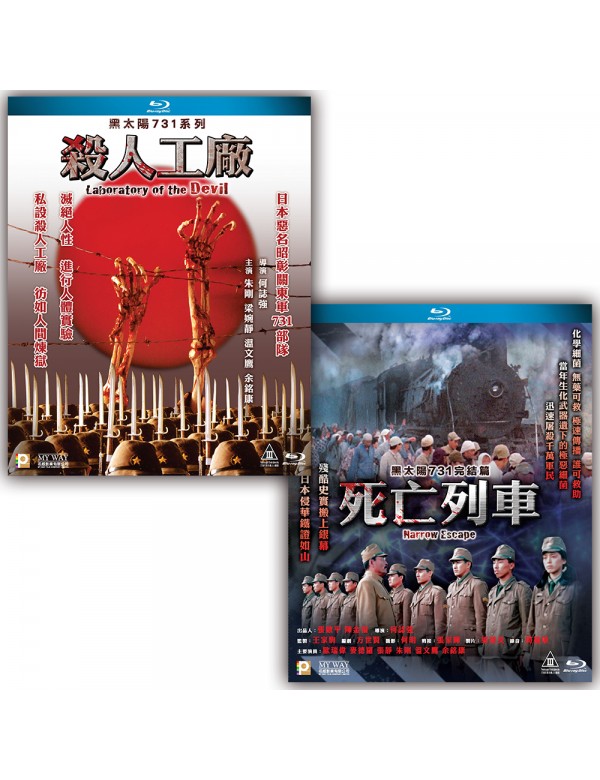 Synopsis
In the spring of 1945, Japan established a secret base, Unit 731 in Manchuria, where many innocent Chinese, Korean and Mongolian people were killed in grotesque experiments. An idealistic young doctor, Morishima, is horrified by the experiments being performed in the camp and when his fiancée arrives disguised as a Chinese prisoner he sets out to liberate the camp. A docudrama sequel to the notorious Men Behind the Sun, which pulls no punches when it comes to delivering the shocks!

Synopsis
In the matching ground, the Commander of Unit 731 declared the whole unit has to emergency retreat back to Japan. To avoid the reveal of secret, all the evidences of the research of Germs must be totally destroyed before the withdrawal. In the laboratory, Ito is carelessly injured and infected with plague germs. In a hurry, Akiyama helps him to get in the only one train for retreat. The train is kept on running, a nurse Tama is also infected. Ito and her become the sources of epidemic. In such case, everyone in the train compartments are highly scares. The train is becoming a fatal deadly train.