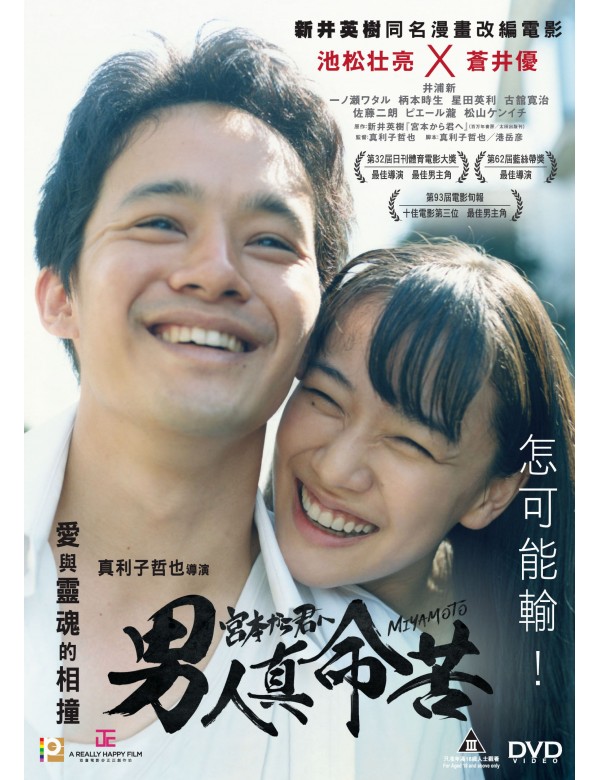 Hiroshi Miyamoto, an awkward and tactless salesman who works for a stationery maker, can't smile for the life of him or engage in clever flattery, but possesses an extremely strong sense of justice. He falls for an independent woman, Yasuko Nakano, a friend of a senior coworker, and is called to Yasuko's home, where her former lover, Yuji appears. To reject Yuji, Yasuko tells him she slept with Miyamoto. An enraged Yuji assaults Yasuko, and Miyamoto rushes to her defense, vowing to protect her. In the wake of this incident, Miyamoto and Yasuko's bond deepens, and they find happiness for a time. But it's not long before their love for each other would be put through the ultimate and greatest test of their lives.

No money! No connections! No way to win! … But plenty of passion!

The torrid and heart-wrenching story of the life of hot-blooded salesman, Hiroshi Miyamoto, is a sublime and entertaining celebration of humanity. The hot-headed salesman Hiroshi Miyamoto wages a fight where losing is not an option.