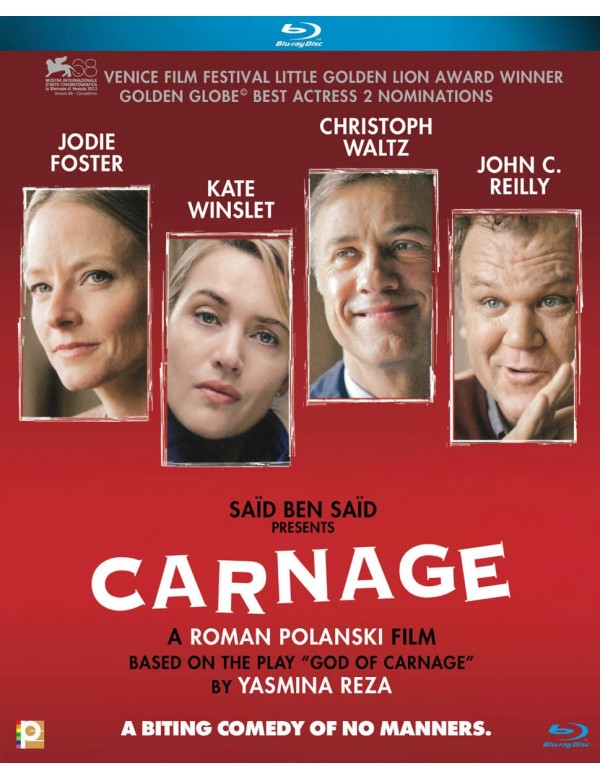 The bitterly amusing story of two families who become locked in a showdown after their children are involved in a playground squabble. Cordial banter gradually develops a razor-sharp edge as all four parents reveal their laughable contradictions and grotesque prejudices. None of them will escape the ensuing carnage. Shot in real time as the four adults meet to settle the dispute, Carnage pits power couple Nancy (Kate Winslet) and Alan Cowan (Christoph Waltz) against the libreal writer and campaigner Penelope Longstreet (Jodie Foster) and her wholesaler husband, Michael (John C. Reilly). Unpredictable and shocking, the film hilariously exposes the hypocrisy lurking behind their polite facade.