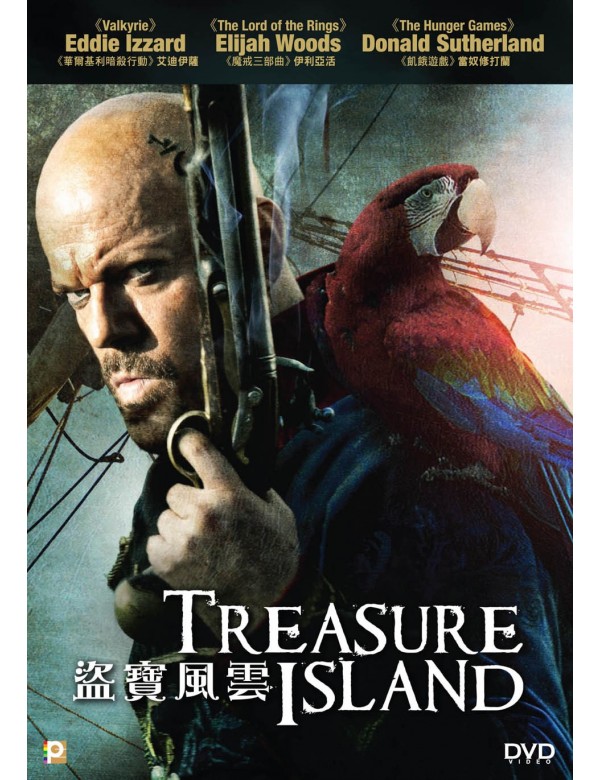 Synopsis
No sooner does adventurer Jim Hawkins arrive on the Bristol docks than Captain Smollett and Squire Trelawney welcome him aboard the Hispaniola, a schooner fitted out for sea. Jim is not just another cabin boy—he's the very key to their travel. Jim possesses a map once belonging to the notorious pirate Captain Flint that tells of a treasure chest buried in the forests of the legendary pirate haunt, Skeleton Island.More than a little skeptical of the motley assortment of galley rogues and their motives, Jim finally finds a trusted confidante in John Silver, the Hispaniola's peg-legged cook.
Smollett doesn't put his trust in any of them, especially after a first mate is suspiciously lost at sea one night. Then one evening on deck, Jim overhears John Silver's nefarious confession: he's actually a former cohort of Flint's and is planning a mutiny to take the treasure and dispatch with Jim. Settling ashore, Jim and Smollett play a game of cat and- mouse as further double-crosses unfold. But as they close in on the buried bounty, loyalties will shift again, and Jim may have to fend for himself if he wants to escape John Silver's deadly trap on Treasure Island.