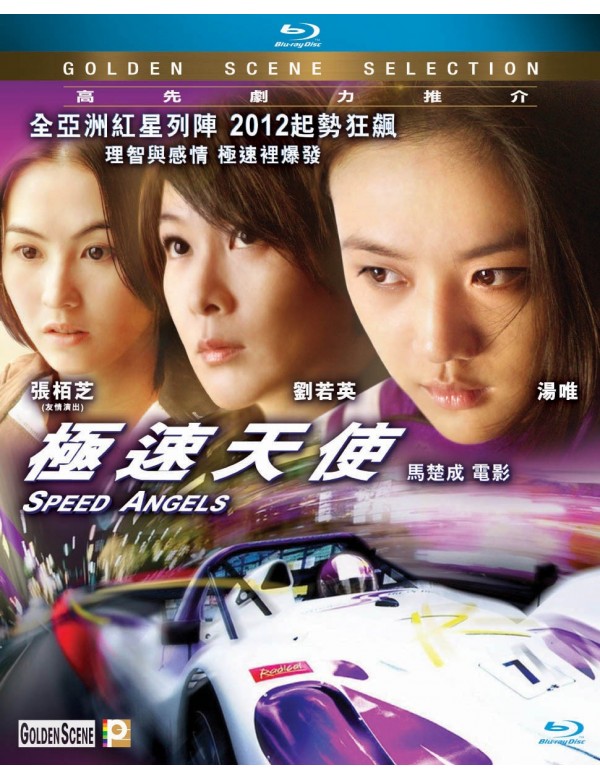 HKD$49.00
Speed Angels
Director
Jingle Ma             (Mulan)
Cast
Liu Ruo Ying       (A World without Thieves)
Cecilia Cheung  (Lost in Time)
Tang Wei             (The Golden Era) (Office)
Synopsis
Han Bing, the provocatively dressed female racer in the lead is freely navigating her car through the streets. Although she has superb techniques, her hands are mildly trembling from years of alcohol abuse, making her unable to have complete control over the steering wheel.
A year ago in Tokyo, Han Bing was shocked to discover that her fiance Asano was cheating on her with her teammate and best friend Yu Mei. Bing chased them out of the hotel and jumped into her car to catch up with Asano and Yu Mei, but unexpectedly her sister got into an accident and her legs were seriously injured. To treat her sister’s legs, Bing agrees to Gao Feng’s proposal to compete in the inaugural “Asia All Female Racing Competition” in hope to win the prize money of five million USD!
Gao Feng took a ride on Xiao Yi's car on the street by chance and discovered her extremely accomplished racing technique. Impressed by her talent, Gao Fen recruits Xiao Yi and trains her to be a car racer in his racing team, Speed Angels. Despite becoming a race car driver, Xiao Yi cannot overcome her inability to handle pressure, unable to give her best performance when the stakes are high. Han Bing is far from being in top form and Gao Feng decides to invite Yu Meiback to the team!
Will Speed Angels defeat their adverseries and their personal weakness?