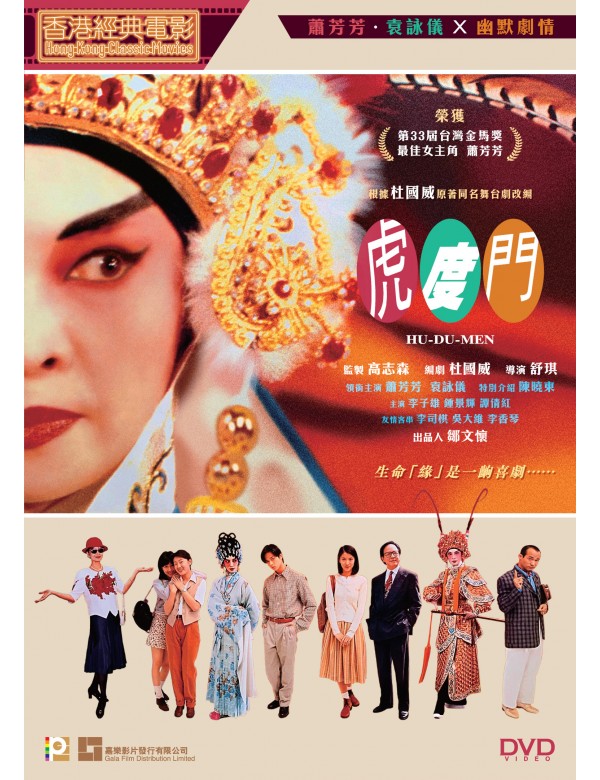 In traditional Chinese theatre there is an imaginary line that separates the stage from the real world. This line is called the Hu-Du-Men. When an actor crosses this line all sense of “self” must be left behind as the actor becomes the role.

In Shu Kei’s film Hu-Du-Men, the traditions of Cantonese theatre are often at odds with today’s changing values. As owner and popular star of her theatre company, Lang Kim Sum (Josephine Siao) strives to revitalize the traditional art. She hires western-educated stage director David Lam (David Wu) whose Broadway style of staging and effects stir resentment and jealousies within the company. Lang has her hands full on the other side of Hu-Du-Men. Her conservative husband is planning to move the family and his struggling business to Australia against the wishes of Lang and Mimi, his teenage daughter from a former liaison. The strained relationships are not helped when her husband is outraged to discover Mimi is having a lesbian affair and blames Lang for neglecting her.

When Ip Yuk Sheung (Anita Yuen), a talented young actress from Singapore joins the company she finds she has to come between Ip and her brutal alcoholic father as Ip has to take over a principal role at the last moment. The situation becomes more complicated by the arrival of Ip’s boyfriend Chun (Daniel Chan) and her discovery that he is her own illegitimate son. Meanwhile, in the tradition of theatre all over the world, the show must go on.