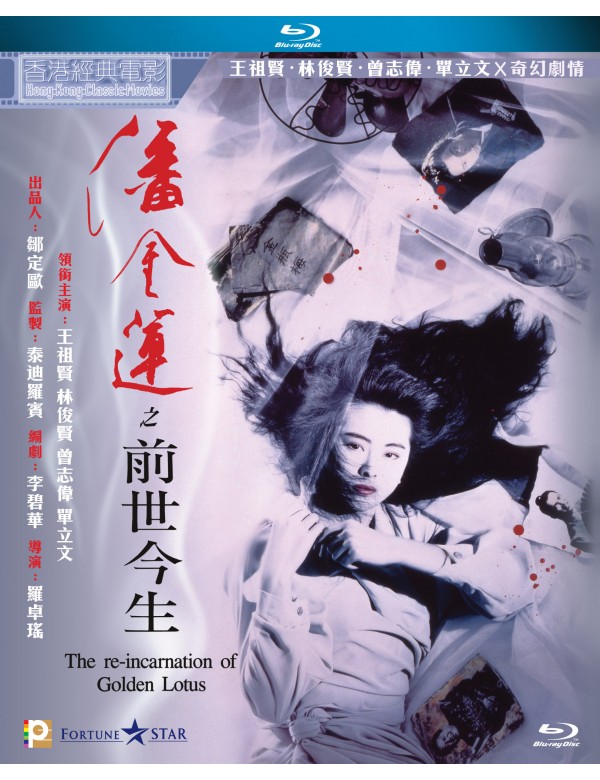 The re-incarnation of Golden Lotus (Blu-ray)

The film centers on the tragic life of a woman.

Lotus (Joey Wong) lives in the modern world. But all the time she is dogged by visions that in her previous life she was Golden Lotus, an amorous woman who dared to love, commit adultery and even murder her husband.

Lotus was abused by an old master. Our heroine, a dancer, is abused by the party commissioner. It is the Cultural Revolution era and she is accused as an anti-revolutionary. She is sent down to the farm where she is put to hard labor. Out of desperation she marries a Hong Kong businessman Wu Ta (Eric Tsang) and moves out of China. She falls in love with the businessman's cousin Wu Long (Wilson Lam). Her amorous fire is stoked by a trendy designer Simon (Pal Sinn).

In the previous life, Golden Lotus was dutifully punished. In our modern day story, our heroine also pays dearly for her desire to love. Is she truly a reincarnation of the legatary Golden Lotus?