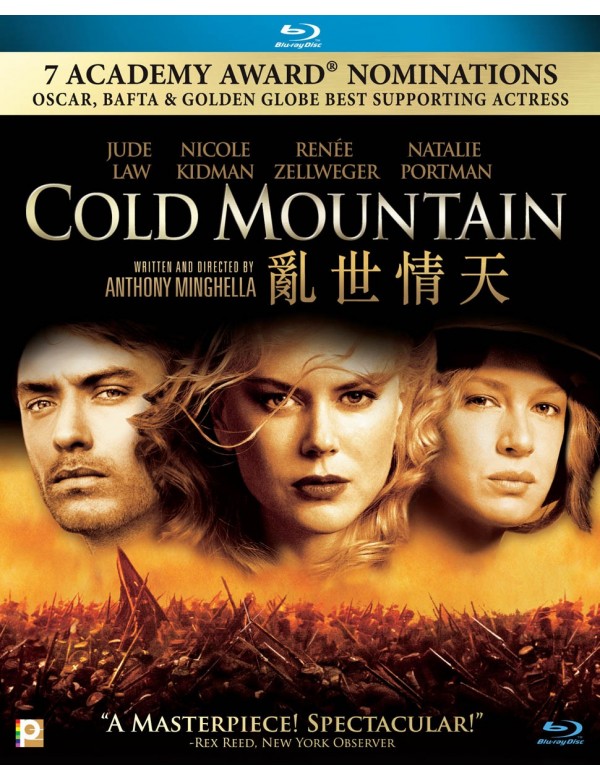 HKD$49.00
Title: Cold Mountain (Blu-ray)
Director: Anthony Minghella
Starring: Jude Law, Nicole Kidman, Renee Zellweger, Natalie Portman
Type: ENGLISH
Genre: DRAMA
Year: 2003
Synopsis:
Set in the Civil War, the men of Cold Mountain, North Carolina rush to fight for their rights as part of the Confederate Army.
Sure of nothing, Ada (Nicole Kidman) vows to wait for her love, Inman (Jude Law) until he returns safely. But after many unanswered letters and as time goes by, Ada, believing Inman dead, must find the strength to move on. In his absence, Ada--with the help of a young drifter named Ruby (Renee Zellweger)--is desperately trying to hold onto the farm of her deceased missionary father. But Inman, badly wounded, has begun the journey back to his bride.