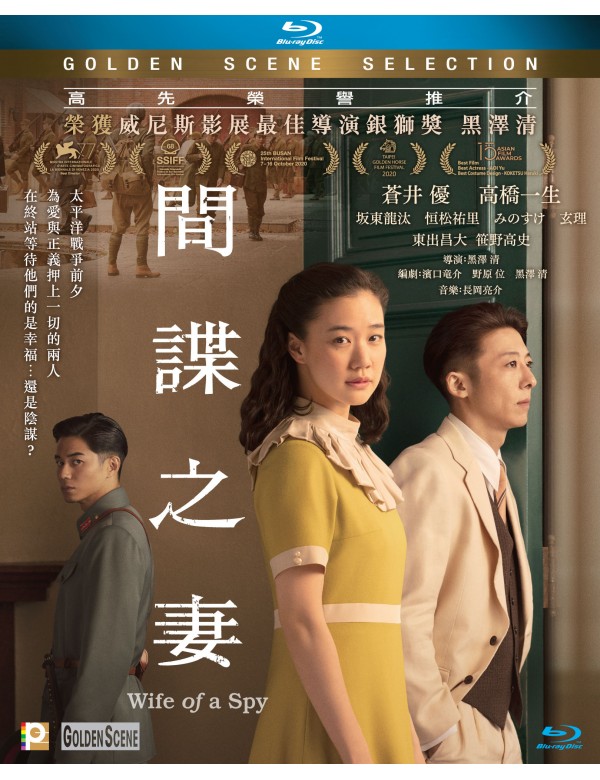 Wife of a Spy

Synopsis
On the eve of the Pacific War. Their fates forever changed. The year is 1940 in Kobe, the night before the outbreak of World War II. Local merchant, Yusaku Fukuhara (Issey Takahashi), senses that things are headed in an unsettling direction. He leaves his wife Satoko (Yu Aoi) behind and travels to Manchuria with his nephew, Fumio Takeshita (Ryota Bando). There, Yusaku coincidentally witnesses a barbarous act and is determined to bring it to light. He leaps into action. Meanwhile, Satoko is called on by her childhood friend and military policeman, Taiji Tsumori (Masahiro Higashide). He tells Satoko that a woman who her husband brought back from Manchuria has died. Satoko is torn by jealousy and confronts Yusaku. But when she discovers Yusaku’s true intentions, she does the unthinkable to ensure his safety and their happiness. Set in a turbulent war-torn time, what destiny could possibly await Satoko and Yusaku?