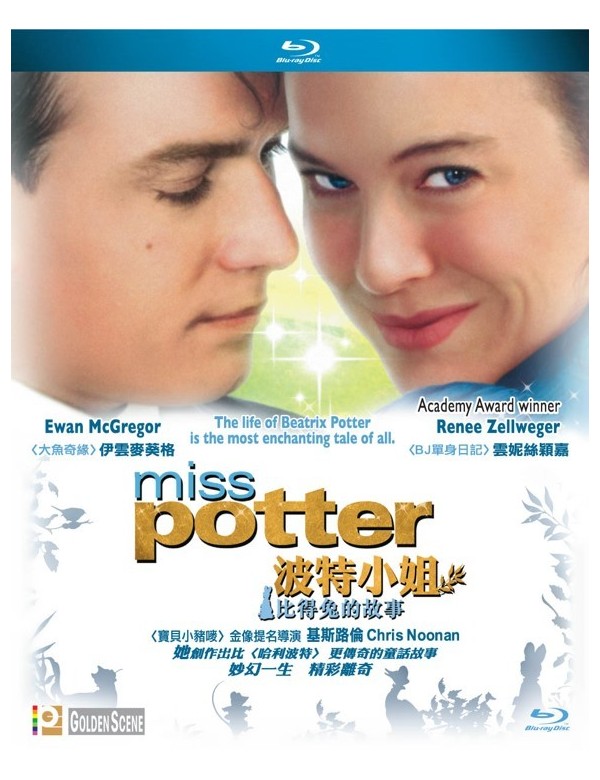 HKD$49.00
Title: Miss Potter (Blu-ray)
Director: Chris Noonan
Starring: Renee Zellweger,Ewan McGregor
Type: ENGLISH
Genre: DRAMA
Category: I
Year: 2006
Synopsis:
Beatrix Potter was a literary phenomenon of the early 20th Century. At a time when most young women of her class aimed only to make a good marriage, Beatrix became an iconic figure, swimming quietly, but with great fortitude, against the tide.
She created a series of books and characters that are as beloved today as they were a hundred years ago, and since their publication they have never been out of print. She was also a distinguished painter. By the time she died in 1943, Beatrix Potter had purchased vast swathes of the Lake District that she left to the then fledgling British conservation trust "the National Trust". That so much of this glorious countryside that inspired her, remains as it was in Beatrix Potter's day for others to enjoy, is her bequest to the nation. This is her story…