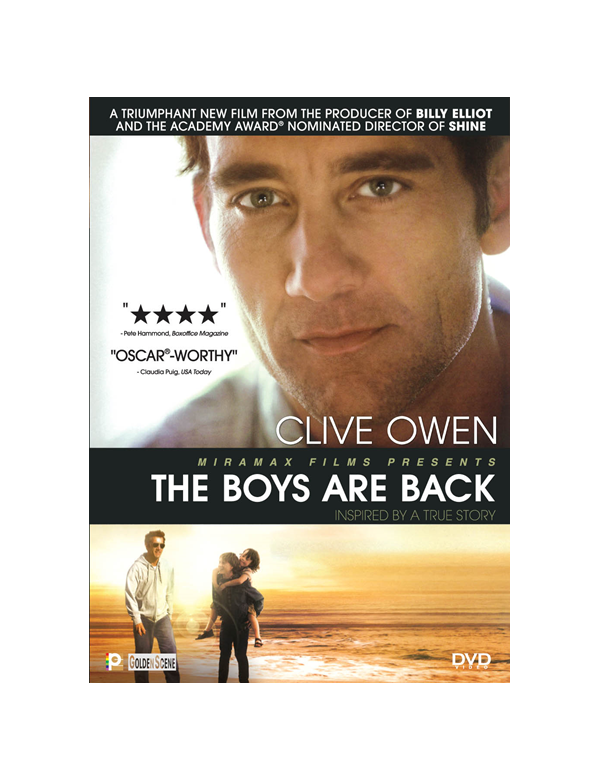 THE BOYS ARE BACK (DVD)


Synopsis
Based on the memoir by Simon Carr, Scott Hicks ("Shine") directs "The Boys Are Back," inspired by the poignant, comic and uplifting true story of a man who must suddenly raise his two sons alone. After the untimely passing of his second wife, the ill-prepared Joe (Clive Owen), who is dealing with his own loss, is confronted with the daily challenges of parenthood while coping with his young son Artie's expressions of grief. They soon are joined by Harry, Joe's teenage son from his first marriage, who brings his own personal "baggage" into the mix. Without a roadmap for how to move forward, the three boys decide its best to leave the conventional rules and responsibilities of the grown-up world behind and lead a life based on the mantra 'just say yes.' When things go terribly awry, Joe is forced to step up and behave like a parent but must figure out how to so without completely abandoning the joy and exuberance shared in their more child-like world.