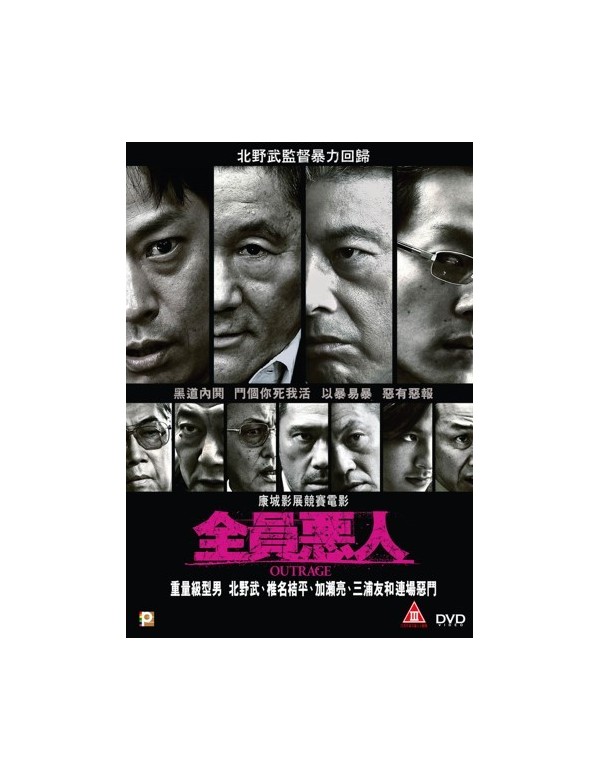 HKD$19.00
Outrage
Director
Takeshi Kitano
Cast
Takeshi Kitano
Kippei Shiina
Synopsis
Takeshi Kitano returns with extreme violence. Several subsidiary bosses gather at a lavish lunch with "Mr. Chairman", the head of the ruling Sanno-Kai yakuza organization which controls the Greater Tokyo area, Sanno-Kai underboss Kato warns Ikemoto about his overt dealings with family outsider Murase, an old-timer with whom he recently made a pact in prison. In an effort to ease Mr. Chairman's suspicions, Ikemoto asks fellow boss Otomo to do his dirty work for him by making a minor but obvious move against Murase. Otomo's actions are the start of a ruthless series of conflicts and betrayals. Before long, several yakuza clans are out for blood in their constant battle for power and money. The rival bosses fight to rise through the ranks by scheming and making short-lived alleglances. In this corrupt world where there are no heroes, It's a Bad Guy vs. Bad Guy in a spiralling outrage of gang warfare...
PANDVD521190