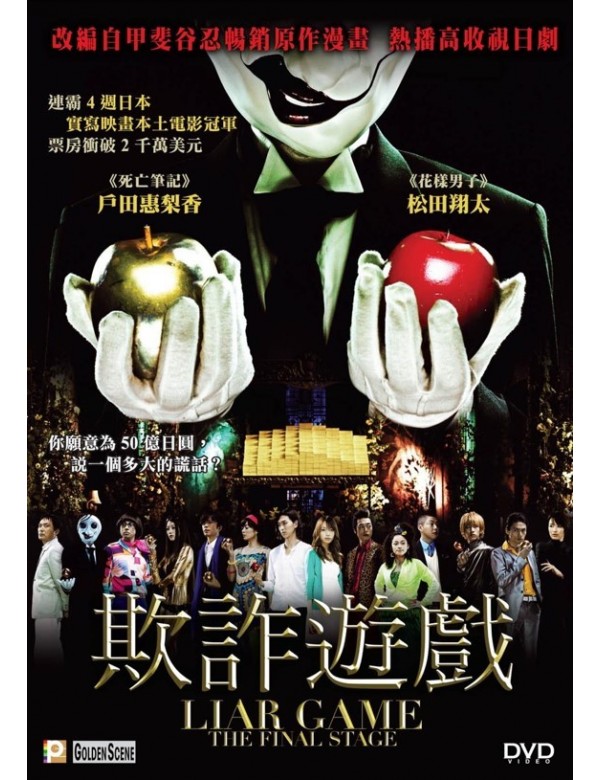 College student Nao Kanzaki (Erika Toda) ends up in debt after being lured to participate in a mysterious game called "Liar Game Tournment" (LGT). In order to get her money back, she consults the help of genius swindler Shinichi Akiyama (Shota Matsuda). With his help, she manages to enter into the final. Waitingin the final stage is a game called "Garden of Eden Games"that offers 5 billion yen as prize money. The theme of the game is to believe each other and if all eleven players can trust and work together, everyone can win the game. However, their probability to win the game is significantly threatened when a mysterious player known as "Player X" lurks among them