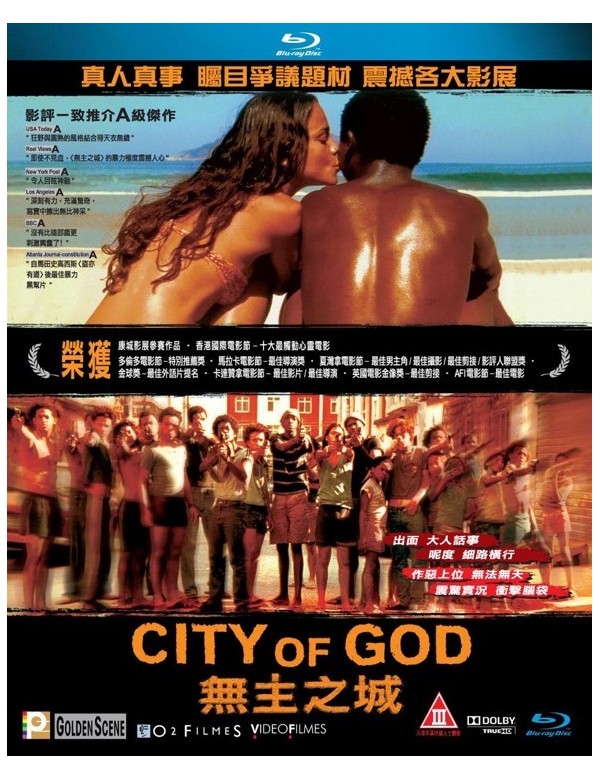 City of God
Synopsis
The main character in Cidade de Deus is not a person. It is a place. Cidade de Deus is a poor housing project started in the 60's that became one of the most dangerous places in Rio de Janeiro by the beginning of the 80's.

In order to portray the location, the film presents the stories of several characters,with Buscape, the narrator, as a linkage in between. Buscape is a poor black kid too frail and scared to become an outlaw but also too smart to be content with an underpaid job.