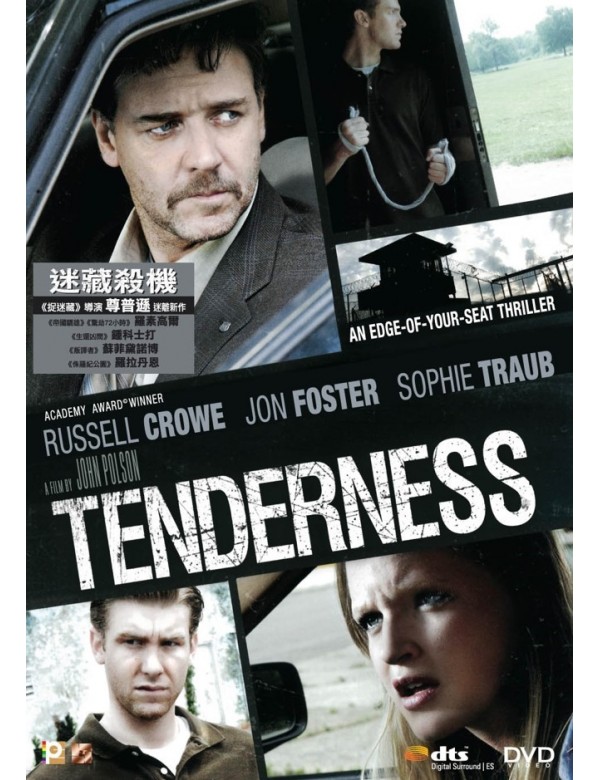 Set in New York , TENDERNESS centre’s on juvenile murderer, Eric Poole (Jon Foster) , who at 18 is released from jail having served his sentence for the murder of a young girl. Russell Crowe plays the hard-bitten detective Cristofuoro who put him away and who is sure that Poole is a potential serial killer who will reoffend. He makes it his mission to keep Poole under surveillance as he sets off on a seemingly innocent road trip up-state. It's not long before the violent teenager, Eric's path intertwines with Lori (Sophie Traub), a 16 year old runaway. With her young yet fully developed body, Lori has been the object of desire of everyman she met, but she in only attarcted by Eric's charm. All is not as it seems as Poole soon finds himself on the run with a young girl who has become obsessed with him and may or may not have been witness to the first murder.