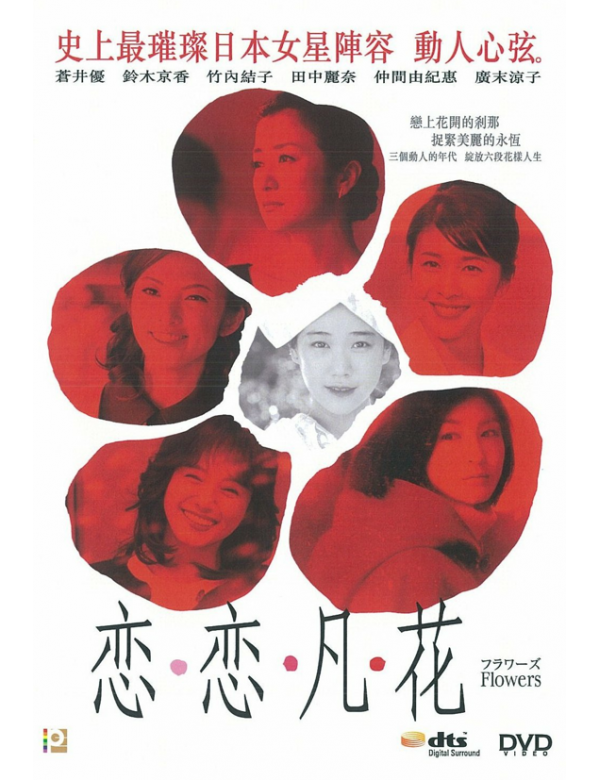 Synopsis
FLOWERS is a portrait of six women from three different generation,each living their own journey in their respective periods,spanning decades od dramatic changes in Japan from the 1930's to the present.

Spring 1936.Rin (Yu Aoi)is about to be wed to man she's never met, arranged by her stern father according to traditional custom. As a progressive thinker, Rin harbors doubts about the restrictive life of a woman in her time and runs away on her wedding day...

Summer in the 1960s. Rin has three grown daughters. the eldest, Kaoru (Yuko Takeuchi), tries to recover from the trauma of losing her husband in a car accident. while the second daughters, Midori (Rena Tanaka) is a feminist wavering between her professional career and the prospect of marriage. The youngest, Sato (Yukie Nakama), has a heart condition, and braces for her own death as she prepares to give birth to her second child. The journey of the three women are set against the backdrop of the rapid economic growth of postwar Japan.

It's winter in the present day. Sato's elder daughter, Kana (Kyoka Suzuki),has moved to Tokyo to pursue her dream of beoming a pianist while being pregnant with a man who's just dumped her.The younger daughter,Kei (Ryoko Hirosue), is married with a child, and always wears a smile. There's a reason for her cheerful exuberance, though - she's determined to live with her mother she had never met.