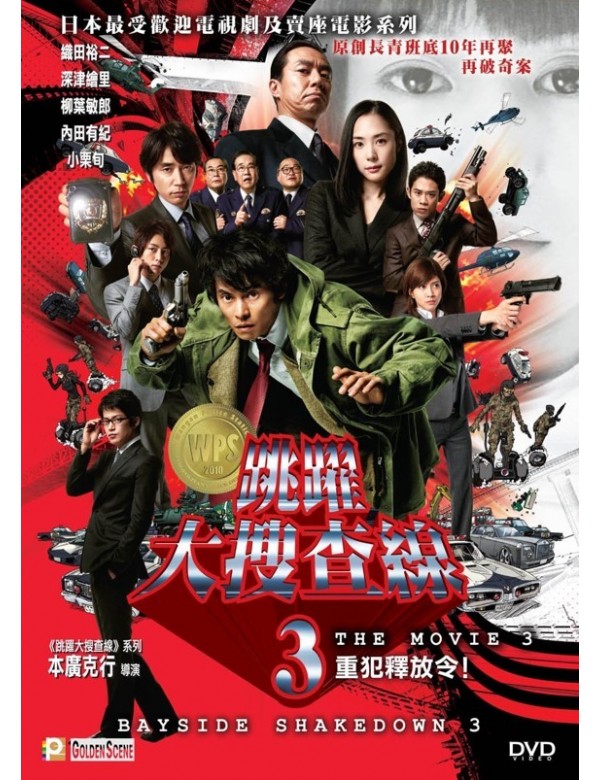 "Batside Shakedown"was a famous Japanese police drama TV series broadcasted in 1997. It received its first movie adaption in 1998 and the second in 2003. 12 years after the first movie adaptation of the popular TV series, detective Shunsaku Aoshima returns and is promoted to section chief of the Bayside Precinct.. With only 3 days to go before the official opening ceremony for the new product, the Bayside precinct in an efficient manner. Aoshima and his teamm Shinohara and Waku, are hard at work on the logistics of the move. However, right in the middle of this headache, a series of crime rocks the district! First a bank robbery then the bus-jacking, and even a series of homicides made worse by the fact that the murder weapons are pistols stolen from Aoshima and Onda.