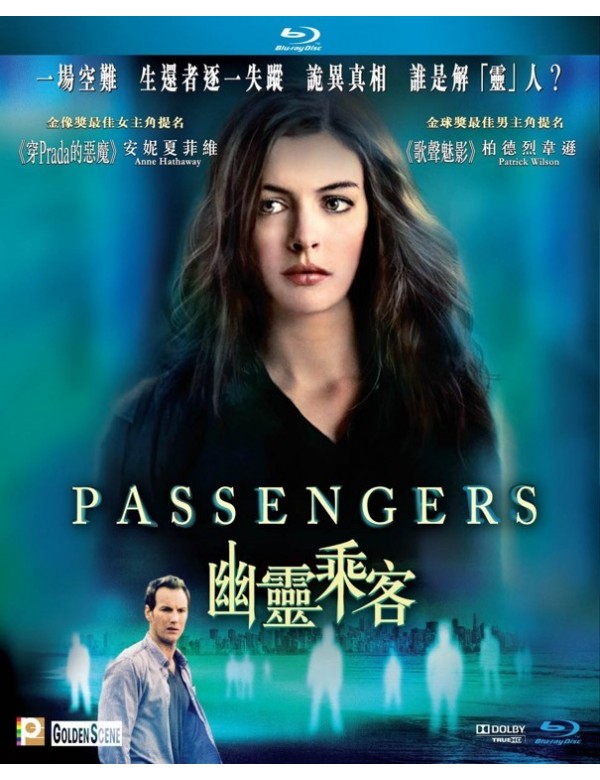 HKD$49.00
Passengers
Director
Rodrigo Garcia
Cast
Anne Hathaway     (Les Misérables)
Patrick Wilson    (The Conjuring)
Synopsis
After a horrific plane crash, a young therapist, Claire Summers (Anne Hathaway), is assigned by her mentor (Andre Braugher) to counsel the flight’s five remaining passengers. Claire’s difficulties in taking on such an assignment are made all the more complex when she’s confronted by Eric (Patrick Wilson), a passenger who refuses her help and instead uses the crash as an excuse to break the rules and openly court her. As Claire struggles to maintain a professional distance from Eric, her other patients struggle with recollections of the accident which are at odds with the airline’s official explanation. After their memories of a possible mid-air explosion surface, the passengers begin mysteriously disappearing, and Claire suspects the airline is behind it. Determined to uncover the truth, Claire is drawn deeper into a conspiracy—and deeper into a relationship with Eric—that will soon collide in an explosive twist of fate.