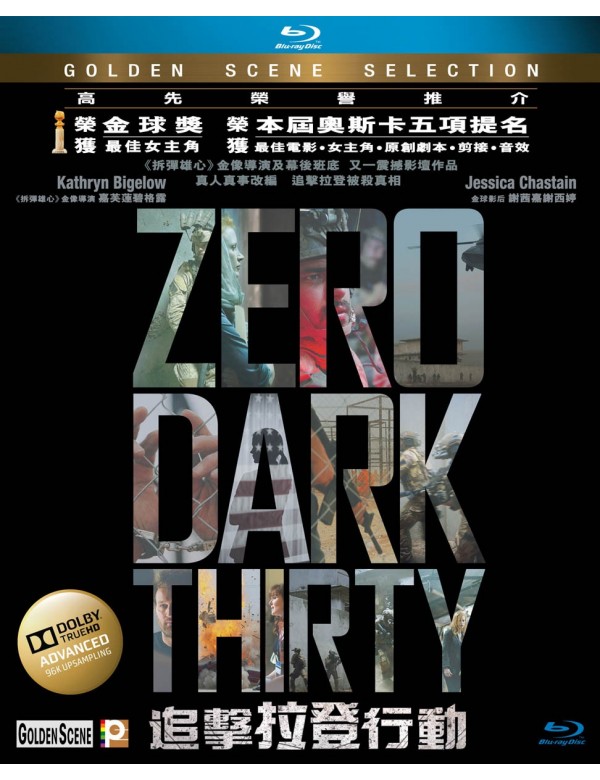 He hunt for Osama bin Laden preoccupied the world and two American presidential administrations for more than a decade. But in the end, it took a small, dedicated team of CIA operatives to track him down. Every aspect of their mission was shrouded in secrecy. Though some of the details have since been made public, many of the most significant parts of the intelligence operation––including the central role played by that team––are brought to the screen for the first time in a nuanced and gripping new film by the Oscar-winning creative duo of Kathryn Bigelow and Mark Boal.

Their account of bin Laden’s pursuit and capture, vivid yet faithful to the facts, takes the viewer inside the hubs of power and to the front lines of this historic mission, culminating in the special operations assault on a mysterious, suburban Pakistani compound.

But it is the lead-up to the raid that truly distinguishes Zero Dark Thirty from other accounts. The quest to find bin Laden was fraught with danger from the start, and not every U.S. operative survived. Some intelligence experts came to believe that the assignment was impossible to carry out, but on the ground a determined team of analysts and interrogators defied the odds and proved them wrong. For the first time, their struggle to find Osama bin Laden is told on the screen in electrifying detail.