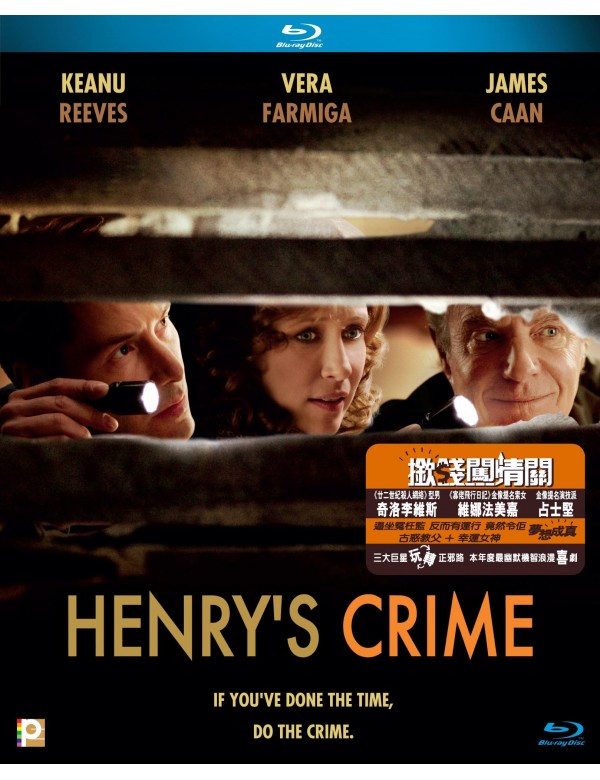 HKD$49.00
Title: Henry s Crime（Blu-ray）
Director: Malcolm Venville
Starring: Keanu Reeves, Vera Farmiga, James Caan
Type: ENGLISH
Genre: COMEDY
Category: IIB
Year: 2011
Synopsis:
Working the night shift as a toll collector on a lonely stretch of highway in Buffalo, New York, Henry is a man seemingly without ambition, dreams or purpose; a man sleepwalking his way through life. He gets his wakeup call early one morning when he becomes an unwitting participant in an ill-conceived bank heist. Rather than give up the names of the real culprits, Henry takes the fall and goes to jail. There, he meets the irrepressible Max , a con man who s grown far too comfortable with the familiarity and security of his idyllic life behind bars, but one who also helps plant an idea in Henry s mind which will change his life forever: for a man to find his purpose, he must first have a dream. Upon his release one year later, Henry finds his purpose. Having done the time, he decides he may as well do the crime. Discovering a long forgotten bootlegger s tunnel which runs from the very same bank to a theater across the alleyway, he convinces the reluctant Max to file for his long overdue parole and then recruits his former cellmate to help stage a robbery. Their plan is simple: by infiltrating the theater and its current production of Chekhov s, The Cherry Orchard, the unlikely duo will buy just enough time to dig their way to the adjacent bank vault and drive off with their loot. Unfortunately that plan also includes Henry taking the lead role in the play, where he finds himself slowly falling for the production s mercurial leading lady, Julie.