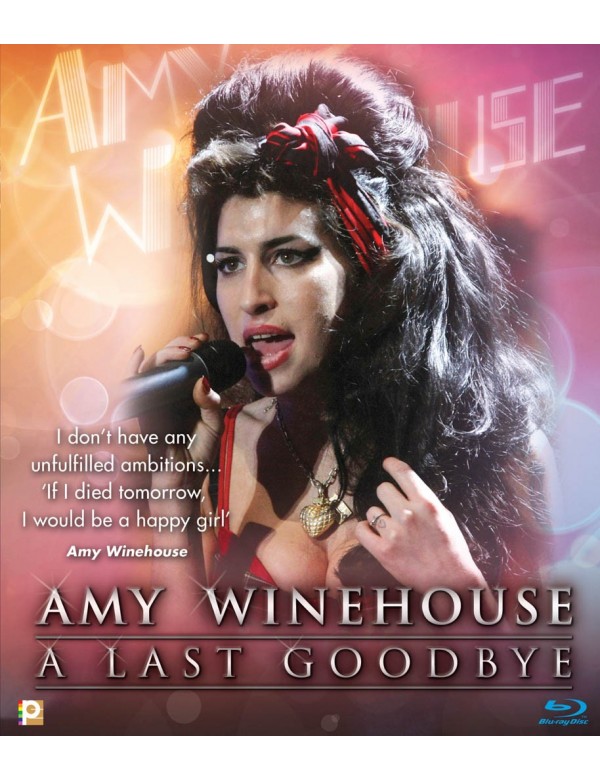 THE FINAL GOODBYE is an intimate look into the sensational life and times of Amy Winehouse. This sixty-minute special chronicles her rise to pop superstardom and offers a sensitive portrayal of a transformative star. It begins by presenting a cheeky little girl who grew up in a warm home full of music and laughter. She began to write and sing from an early age, and her amazing talent quickly brought her to the attention of music producers. Amy Winehouse was destined to be famous.

Her unique voice and heartfelt songs established her as a musical genius. She was seen as a celebrity even amongst celebrities. But, the bright and energetic young star had a dark side. She was famously denied a US visa to visit the Grammys because her reputation had preceded her.

Amy Winehouse’s wild lifestyle was often blamed on her tempestuous relationship with Blake Fielder-Civil, the love of her life. The two were soul mates, but they ruined each other. Their self-destructive personalities led to drug and alcohol abuse. Amy Winehouse’s inner demons inspired her work, but her struggle wore her down and eventually caused her untimely death. This documentary reveals how Amy Winehouse changed the music industry, and why she will forever be remembered as an icon.