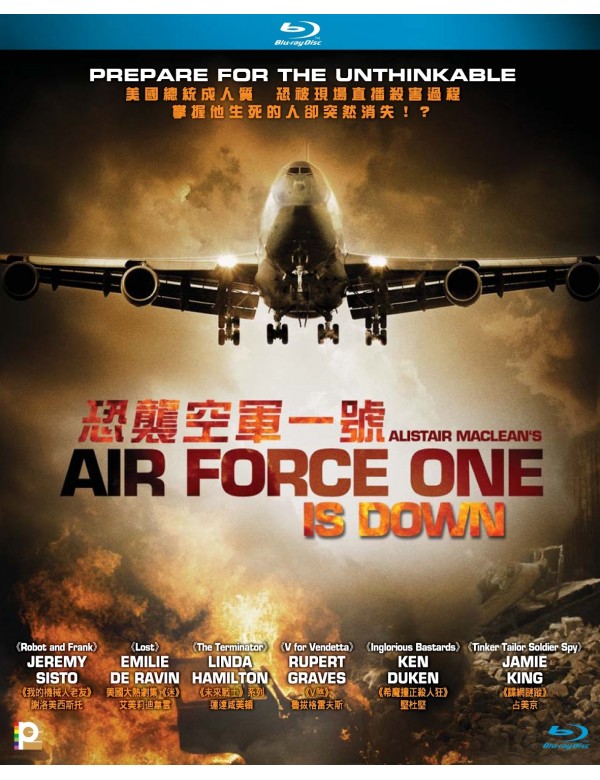 Air Force One is Down (Blu-ray)

HKD$49.00
AIR FORCE ONE IS DOWN
Jeremy Sisto "Robot and Frank"
Emilie de Ravin "Lost"
Linda Hamilton "The Terminator"
Rupert Graves "V for Vendetta"
Ken Duken "Inglorious Bastards"
Jamie King "Tinker Tailor Soldier Spy"
SYNOPSIS
For Captain Fergus Markey (Jeremy Sisto), the capture of Serbian General Arkady Dragutin (Rupert Graves) is a success. With Dragutin sentenced to life in prison for war crimes, Serbia's bid to join NATO is secured. But Markey still sees Dragutin as the threat; he's convinced the dictator is in contact with a co-conspirator named Petrovic (Ken Duken). His fear becomes a reality when Air Force One, en route to initiate NATO negotiations in Serbia with President Harriet Rowntree (Linda Hamilton), plunges into the Mediterranean. But President Rowntree is no longer on board—having already been cast as a victim in a terrifying but brilliantly orchestrated kidnapping scheme.
In a Serbian castle hideaway, President Rowntree, White House correspondent Francesca Romero (Emilie de Ravin) and exiled British diplomat Steven Featherstone (Jamie King) are being held hostage. In 12 hours, the President will be killed—on camera—if Dragutin is not set free. While Markey struggles to locate Pertrovic and his lair, the situation goes from bad to worse. Avengeful Dragutin disappears, the hostages' lives still hang in the balance, and time is running out to find them. Now, the nature of survival will be tested to the limit—and the whole world will be watching.