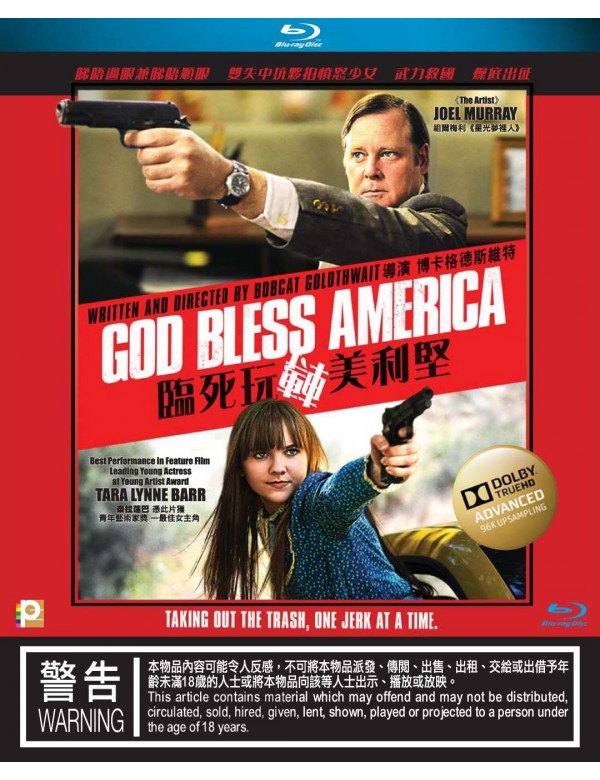 HKD$49.00
God Bless America
Directed by Bobcat Goldthwait
Joel Murray "The Artist"
Tara Lynne Barr Best Performance in Feature Film (Leading Young Actress) at Young Artist Award
Taking Out the Trash
One Jerk at a Time
Frank (Joel Murray) has had enough of the downward spiral of American culture. Divorced, recently fired, and possibly terminally ill, Franks feels he has nothing left to live for. However, instead of taking his own life, he embarks on a killing spree with cohort Roxy (Tara Lynne Barr), who shares his sense of rage and disenfranchisement, and together they launch a nation-wide assault on the country's dumbest, most irritating celebrities.