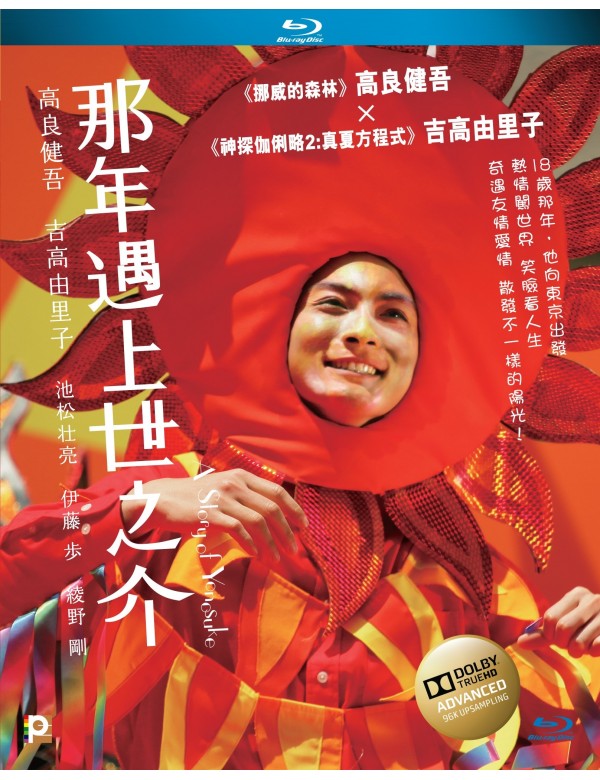 A Story of Yonosuke (Blu-ray BD50)

HKD$49.00
"A Story of Yonosuke"
It is 1987 – the zenith of Japan’s economic success – and eighteen-year-old Yonosuke Yokomichi has moved to Tokyo from Nagasaki.
Normal in every way possible, Yonosuke finds himself out of step with his seemingly more worldly counterparts at university. Despite his somewhat goofy exterior, Yonosuke befriends fellow freshmen Ippei Kuramochi and Yui Akutsu during the opening commencement ceremony. Together with his new friends he joins the samba club.
During lunch one day Yonosuke meets Kato, a handsome boy popular with the girls, and the two become good friends. Soon after, while taking driving class with Kato, Yonosuke meets Shoko, an eccentric rich girl who shows interest in Yonosuke. But Yonosuke hardly notices her advances. He is infatuated with a mysterious older woman named Chiharu who plays the plethora of rich men prevalent during the "bubble time" like pawns in a game of chess.
Sixteen years later, missing is the affable Yonosuke, who is said to have become a cameraman after college. Little does everyone know of the selfless tragedy that has befallen their "ordinary" friend.