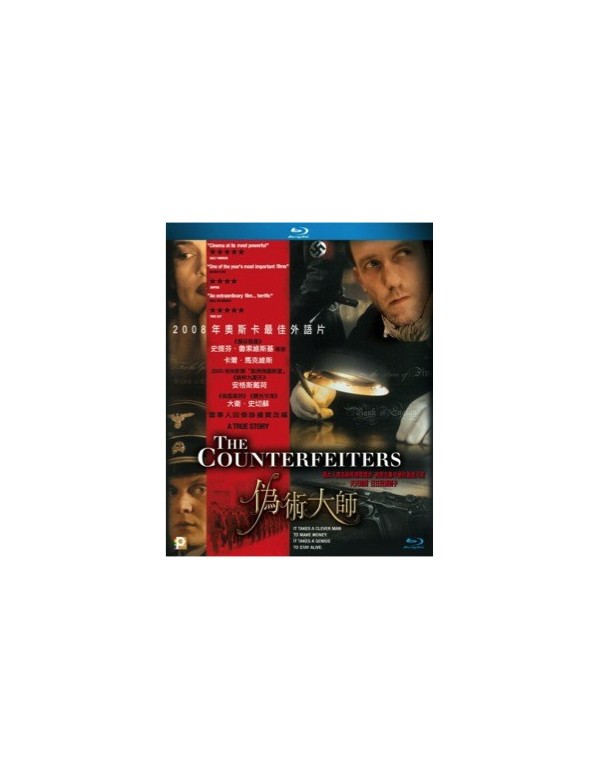 The true story of Salomon Sorowitsch, counterfeiter extraordinaire and bohemian. After getting arrested in a German concentration camp in 1944, he agrees to help the Nazis in an organized counterfeit operation set up to help finance the war effort. It was the biggest counterfeit money scam of all times. Over 130 million pound sterling were printed. During the last years of the war, as the German Reich saw that the end was near, the authorities decided to produce their own banknotes in the currencies of their major war enemies. They hoped to use the duds to flood the enemy economy and fill the empty war coffers. At the Sachsenhausen concentration camp, two barracks were separated from the rest of the camp and the outside world, and transformed into a fully equipped counterfeiter's workshop. "Operation Bernhard" was born. Prisoners were brought to Sachsenhausen from other camps to implement the plan: professional printers, fastidious bank officials and simple craftsmen all became members of the top-secret counterfeiter commando. They had the choice: if they cooperated with the enemy, they had a chance to survive, as first-class prisoners in a "golden cage" with enough to eat and a bed to sleep in. If they sabotaged the operation, a sure death awaited them. For THE COUNTERFEITERS, including the pragmatic Salomon and his idealistic fellow Adolf, it was not only a question of saving their own lives, but also about saving their conscience as well...
PANBD521180