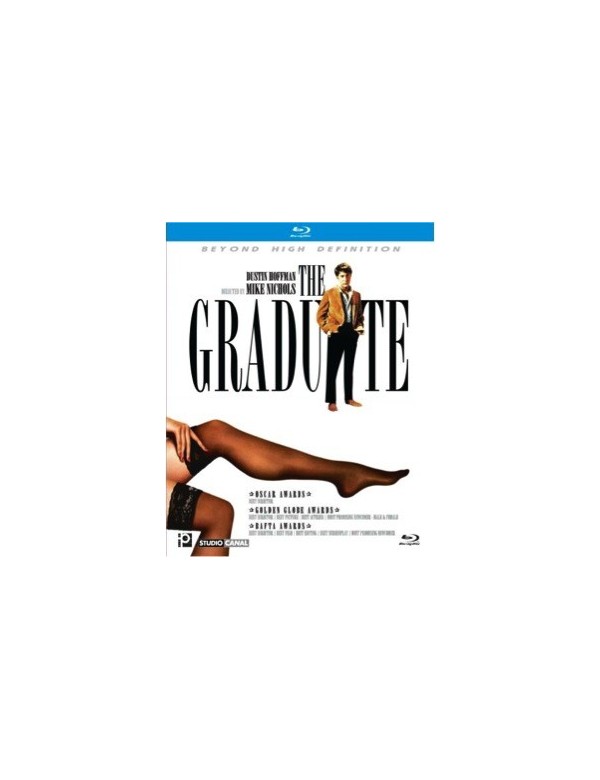 
Synopsis
Nominated for seven Academy Awards in 1967 and winner for Best Director, this "delightful, satirical comedy-drama" (Variety) is "wildly hilarious" (Boston Globe). Written by Calder Willingham and Buck Henry, the film launched the career of two-time Oscar-winner Dustin Hoffman (Rain Man) and cemented the steller reputation of director Mike Nichols (The Birdcage). Pulsating with the rebellious spirits of a generation and haunting songs composed by Paul Simon and Dave Grusin and performed by Simon and Garfunkel, The Graduate is truly a "landmark firm" (Leonard Maltin). Shy Ben Braddock (Dustin Hoffman) is home from college with a degree in hand and an uncertain future in mind. Add to his confusion the aggressive advances by the wife of his father's business partner, the sexy Mrs. Robinson (Anne Bancroft, Great Expectations), and poor Ben is completely lost. That is until, he meets the girl of his dreams Elaine (Katharine Ross). One problem: Elaine is Mrs. Robinson's daughter! And she'll stop at nothing to ensure that these two lovers remain separated forever!